Today I got better acquainted with my neighbor.  This is what she looked like this morning from my balcony……. 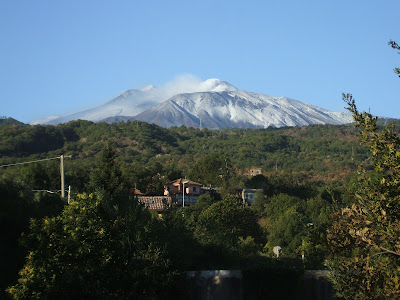 Yup, that’s snow capping her....a pretty significant change from just ten days ago.  I had wanted to take a 2-hour trek to the site of her 2002 eruption, but not enough people signed up for it, so I resorted to a drive that only covered about a quarter of her girth.  But you can see from this photo, that, after two hours of driving, I did get a closer look at her..... 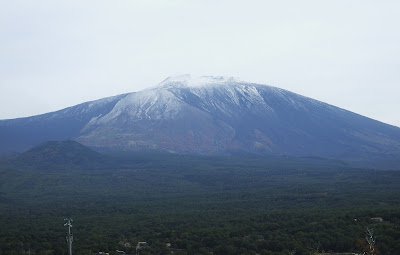 Mt. Etna is the tallest active volcano in Europe, standing at 3,329 feet and the highest mountain in Italy south of the Alps.  There are some differences of opinion about the origin of the name Etna.  One is that it comes from Greek for "I burn", and that's the one I chose so I could use my favorite headline for this post ;-) 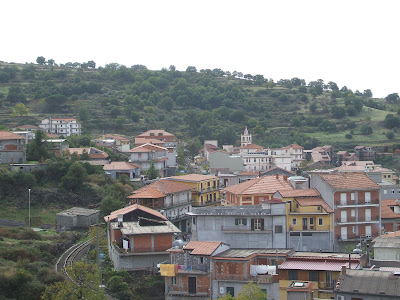 I don’t know if mountains are shes or hes, but it was an interesting drive up the mountainside and through the brave little towns that are nestled there.  This one, Bronte, is famous for the pistachios it grows. 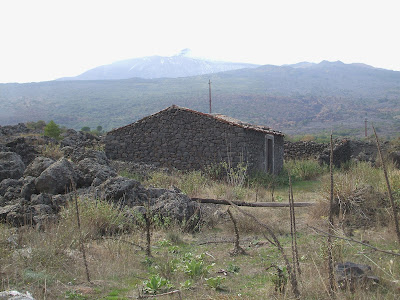 All along the way, you see these lots of these small stone cottages...... 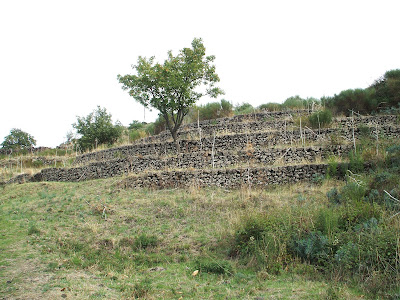 ....and tiered stone fields where, I assume, Sicilian farmers or vintners once grew their crops or grapes.

After a couple of hours of hairpin curves, I reached the town of Adrano, which was pretty ugly.  I was shocked at the amount of trash on the roadside around this town. ….I mean, garbage bags of trash.  I’ve not seen anything like it since I got here.  It was pretty disgusting, particularly in the pullover areas.  I wonder if this was tourist trash or native trash.  At any rate, the natives don’t seem to be keeping that area tidy. 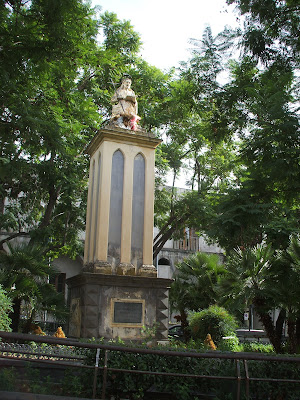 I saw only one attractive area in Adrano, a small plaza with this statue in the center of it.

On the way back, I took a different road part of the way; and I’m glad I did, because I found an entrance to Mt. Etna Park and drove up the park road as far as I could.  The road started to get crumbly and rutty, and I had only seen three cars in about 15 minutes.  I carry some bad memories of a drive through a national forest in New Mexico on bad roads, where I was sure I would perish, so I decided to play it safe and retreat. 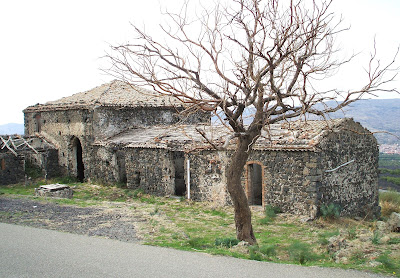 I saw this stone house in the park. It’s so much bigger than the stone cottages I’d been seeing that I think it must have been the equivalent of a villa back in its day. 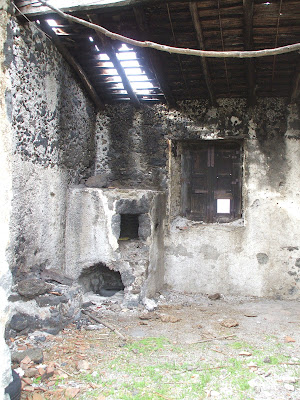 It had three large rooms, one with the remains of a stone hearth and oven…. 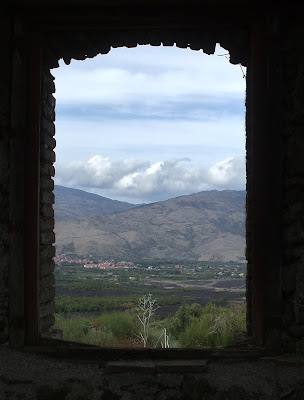 and one with a spectacular view of the mountains and valley below. 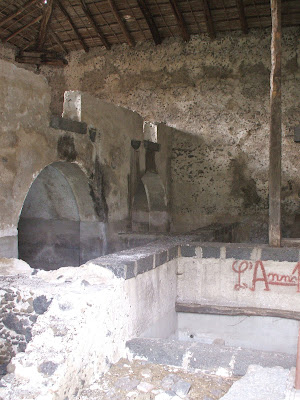 It also had a huge attached barn (I think), with three large arched areas that were used for I don’t know what…maybe for animals, maybe for crop storage.

I tried taking pictures of the mountains, but you know how that goes.  There’s just no way you can capture the majesty and expanse of what you’re viewing with a regular camera.  There isn’t much color in the mountain landscape…it’s  various shades greys and browns with only green to brighten it a bit…… 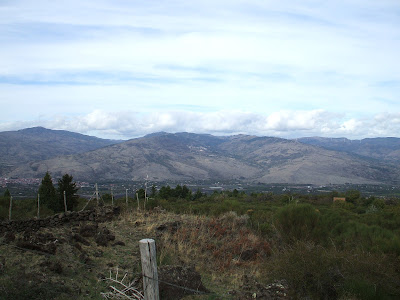 In some areas, you see lava fields like this….again, you can’t get the expanse of them in the lens…. 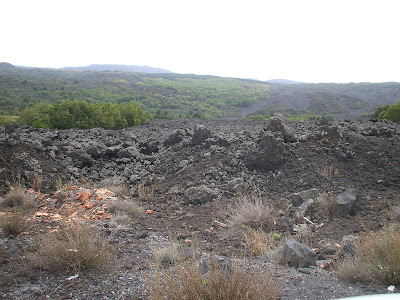 There was a pine forest I passed through where the trees were all a light burnt orange color.  I’ve never seen anything quite like it.  There was nowhere to pull over and take a picture, so I can’t share the view.  That was true many times on this journey….no space to pull over; and it was surprising how much traffic there was on these mountain roads, so you couldn’t just stop on the road.  Surprisingly, I saw more semi trucks on these mountain roads today than I did on the autostrade!

Anyway, I got closer to my neighbor, but she still gave me the cold shoulder.
Posted by Unknown at 8:17 AM