I finally made a Thai “gal pal”.  Her name is Kuang-jit.  I met her in the most unusual, but beautiful place. 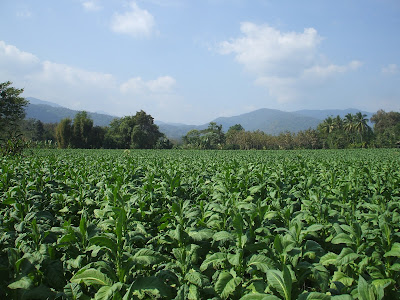 North of ChiangMai in hill country.  (That's a field of tobacco.)

Even though she’s quite a few years younger than I am (only 30), Kuang-jit and I found that we have many things in common.

I'd say that’s a pretty good list for the beginning of a new friendship. 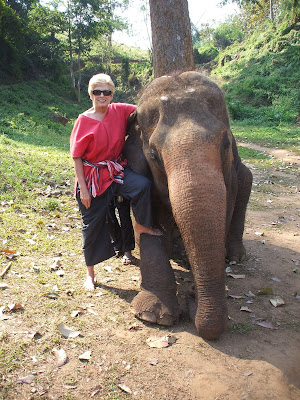 It's my pleasure to introduce you to my new friend, Kuang-jit. 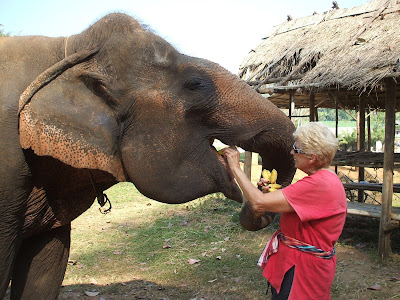 She and I got off to a great start when I, following the Thai custom, brought some fruit for our first meeting.  I even hand fed her.  Now you can’t extend yourself much more than that to a new friend. 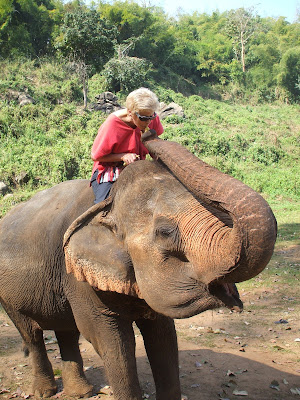 Or can you?  I thought Kuang-jit got a little piggish when she took my banana right from my mouth! 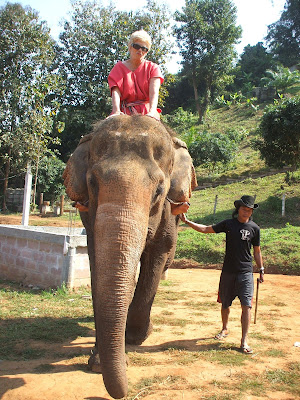 She brought her man with her.  He’s known here as her mahout, and his name is Ti.  He didn’t speak English, so we didn’t talk much.  But he was very nice.  When Ti goes on vacation alone, Kuang-jit won’t let any other mahout boss her around.  She's a one-mahout woman. 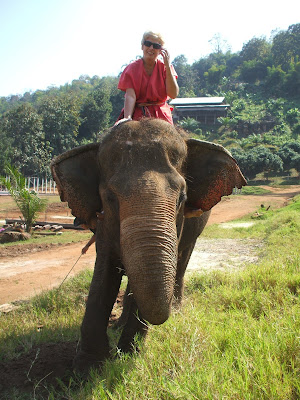 Kuang-jit gave me a tour of the camp where she works and lives. 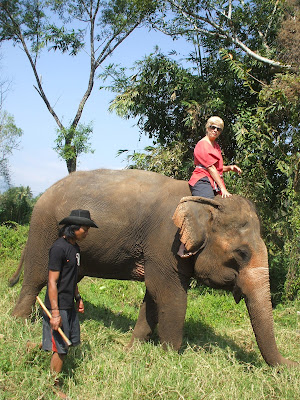 Like I said, she’s a real foodie, and she kept stopping for snacks. 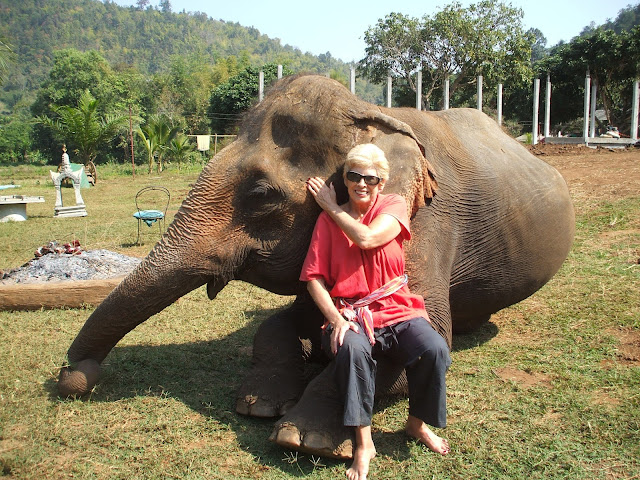 It was wonderful meeting Kuang-jit, and even though we may never see each other again, I know I'll never forget her!

What fun! Love the elephant.

Glad you are having so much fun!