IN THE SEA OF SIAM

If I’ve learned anything from this Thailand adventure, it’s that I’ll never move to Florida.  This Northern girl is not cut out for a tropical climate.

One on very hot and humid day last week, I chose to go to Siam Ocean World, which boasts that it’s the largest underground aquarium in Southeast Asia.  I have no facts to dispute this.  It was a great way to spend a couple of hours staying cool.  The exhibits were beautiful.  I tried to take pictures, but most didn’t come out.  I’d catch a fish breathing out, so all I’d have in the photo was bubbles.  Or there would be a reflection of the flash, which spoiled the picture.  Here are a few photos that came out mostly okay, but I gave up pretty soon.  I saw everything from various species of tarantulas to some pretty big sharks.  I didn’t take note of the names of any of these sea faring creatures. 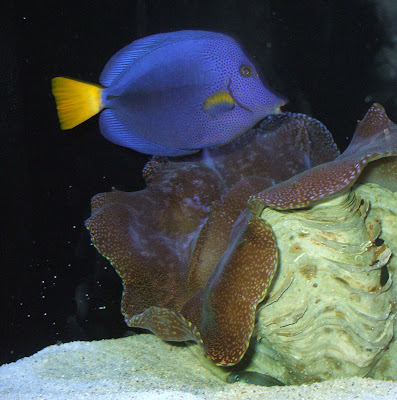 The colors were just vibrant. 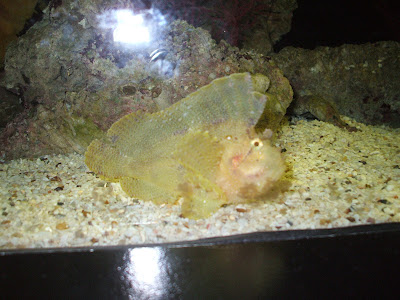 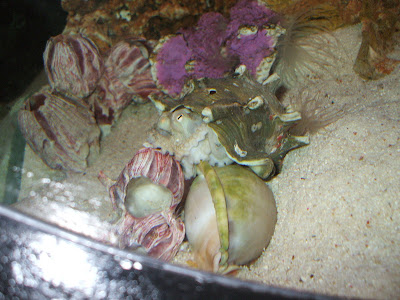 Sometimes it was hard to find the fish.  It's right under the bright purple flowery thing. 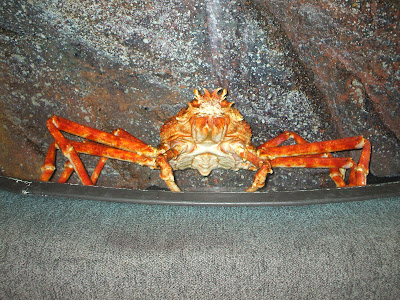 This guy was huge....had to be in the king crab family. 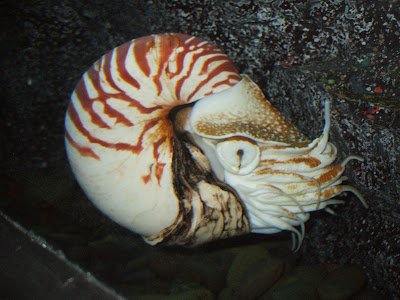 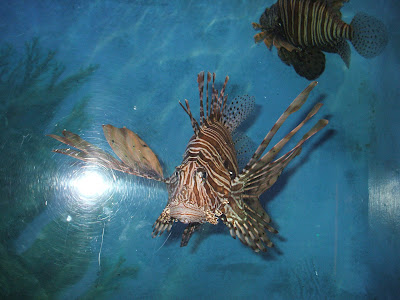 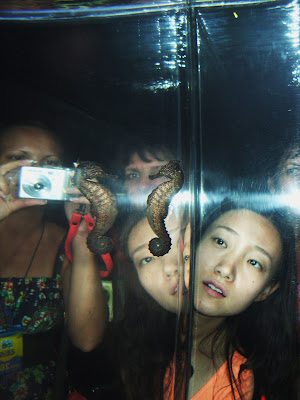 There were lots of sea horses....not that unusual, but this gives you some idea of how crowded it was around every display.  Lots of tourists and many were just rude--pushing their way in front to take pictures instead of patiently waiting their turn.