A BOATLOAD OF BUDDHAS

Wat Pho is another major tourist attraction in Bangkok.  (A wat is a temple.)  Its grounds are not quite as daunting as the Grand Palace, but it's still 20 acres of grounds to tour.  It is home to more than 1,000 Buddha images, including one of the largest single Buddha images in Thailand, the Reclining Buddha.

This is the best I could do for a picture of this 160 foot long fella.  You can't stand back far enough to get a front-on shot, and besides that, he's lying behind a row of columns.  So this is only part of him. 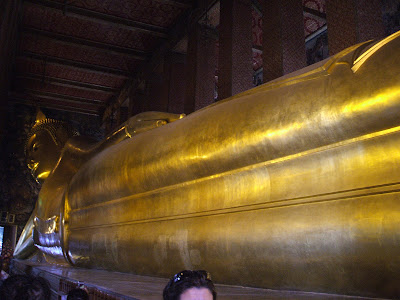 Here's the view from the opposite end: 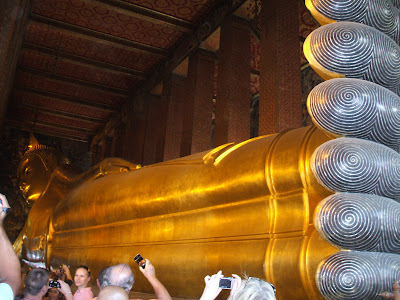 You'd be waiting a long time to get a shot without someone's head in it! 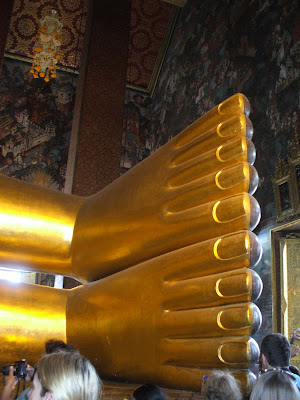 And here are just a few of the thousand Buddhas. 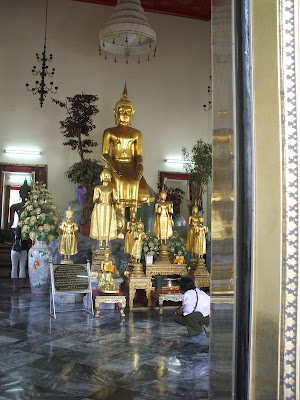 Some were standing inside temples. 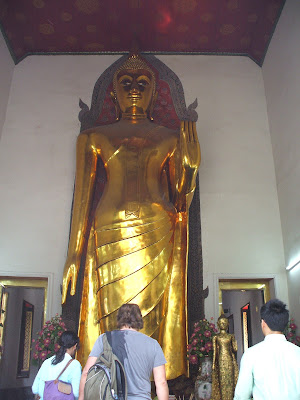 Some were sitting outside.....there were several places where they lined the walls of the covered walkways around courtyards. 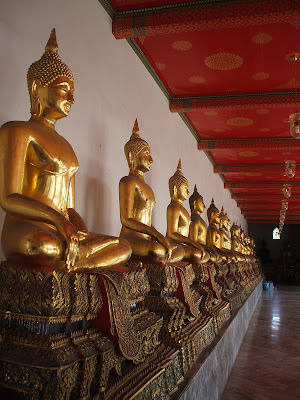 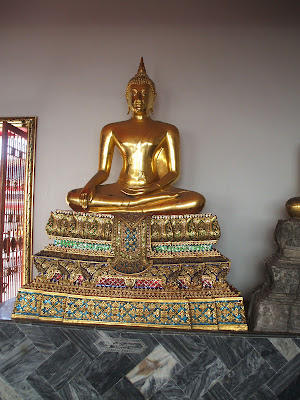 A close-up of one of the above. 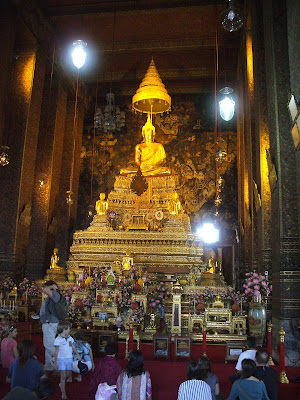 Some were sitting inside temples, with offerings of flowers below. 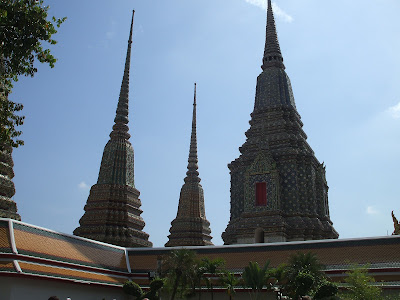 And there were lots of chedi, or stupas. 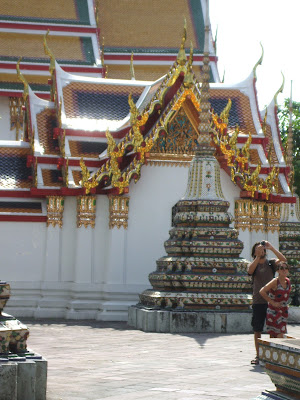 And many more ornate buildings. 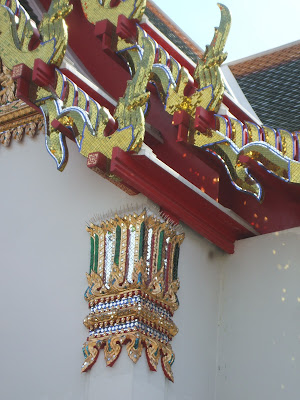 A look at the opulent detail.

I roamed around this place for about an hour and a half, until, again, it just got too hot for comfort.  Afterward, I caught a boat back toward my apartment and made a stop in Chinatown.  My first stop there was an air conditioned restaurant, where I enjoyed some dim sum.

Some street shots of Chinatown will explain why I didn’t stay very long. 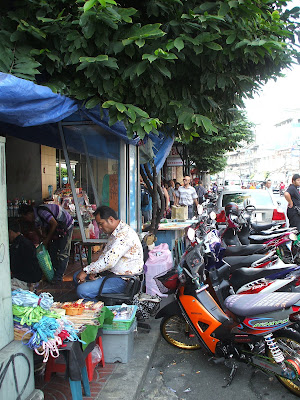 The sidewalks in front of the shops are lined with vendors of food and chotskies. 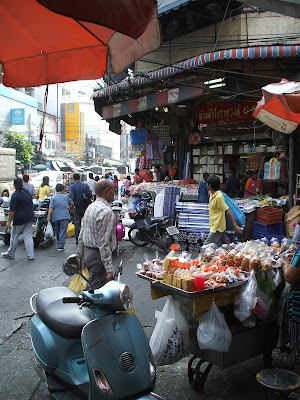 The amount of sidewalk available for walkers is about one and a half persons wide, which makes it difficult to get through.  If someone stops, you’re just stuck.  So people who just want to get somewhere walk in the street, dodging traffic and double-parked delivery vans.

Since it was also still very hot, I caught another boat, then the sky train, then the subway, and then walked the mile back to my apartment.  Are you getting a feeling for how long it takes just to get somewhere in this city?  And taking a taxi isn’t any better, because you can be standing for 5 to 10 minutes just waiting to get through a light.  Patience, patience is a great virtue here.