THE SASSI OF MATERA

Italy seems to be a place of superlatives.  Just when I think I’ve been in awe as much as I could be, I see another place that has my jaw dropping.  Today it was Matera, which is in the Basilicata region of Italy.  Matera is one of the oldest cities in Italy; according to our tour guide, it is 35,000 years old.  Our tour was through the Sassi di Matera (Stones of Matera), which is the ancient town.  Ancient Matera is a UNESCO Heritage site.

These so-call sassi date back to the 1200’s and are dwellings carved in the low mountains of this area.  There is usually no more than one living level above ground, and some of these sassi have 5 or 6 levels underground.  At one time, Matera was under the sea, and as you walk through this ancient town, you can see the fossils of sea creatures in the stone walls.  It’s a pretty amazing place.

And it covers a pretty large area, as you can see from this picture. 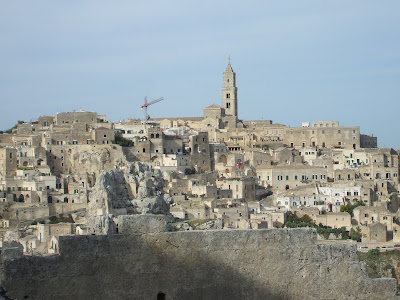 This is only about half the area. 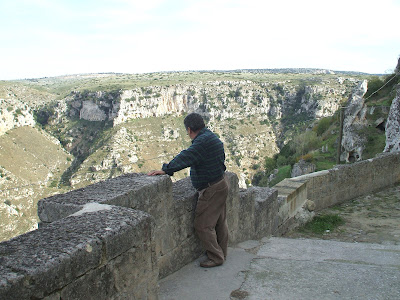 And this canyon gives you some idea of the elevation.

You can wander around the stone streets yourself; or if you want an education, you can take a tour, which is what we did. 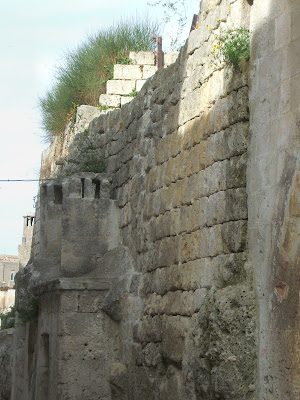 There were many herbs and plants that grew in the crevices of these stony structures—thyme, capers, arugula, rosemary, and chicory, to name a few I recognized.

There was apparently a church or chapel on every street of the old town.  Our tour took us through 4 underground churches that were part of a monastery.  The churches are also used as museums that display the works of Italian artists.  It was very cool.  I took lots of pictures, and it was hard to choose which ones to share, but here are some of my favorites… 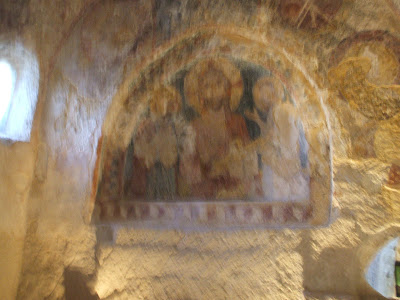 A fresco at the altar of one of the churches.. 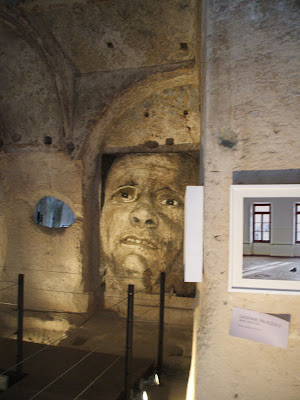 An example of the modern art displayed. 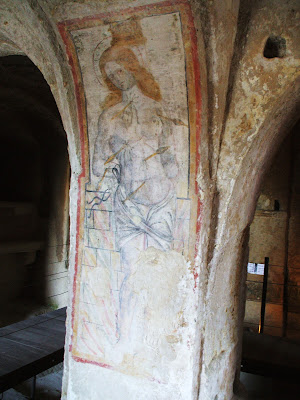 A fresco of a saint whose name I can't remember. 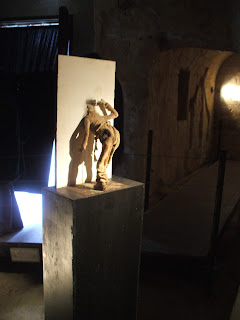 The face is on the other side.  What a contrast to the fresco above, eh?

There was also a furnished sassi, which was a kind of museum that displayed household furnishings and tools used from the 1400’s through the 1800’s, all mixed together. 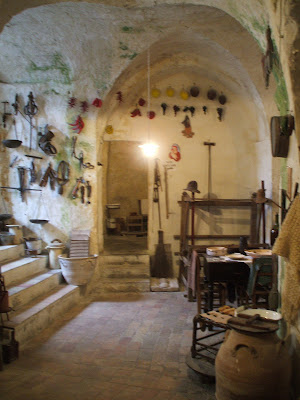 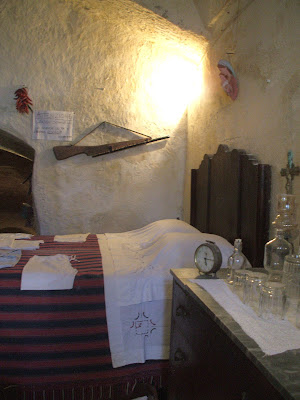 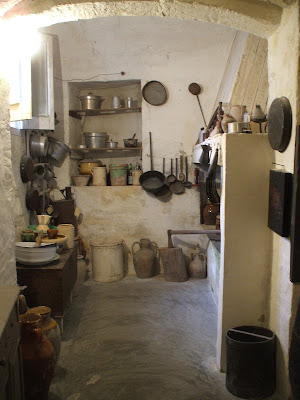 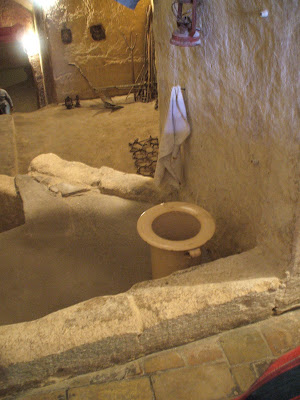 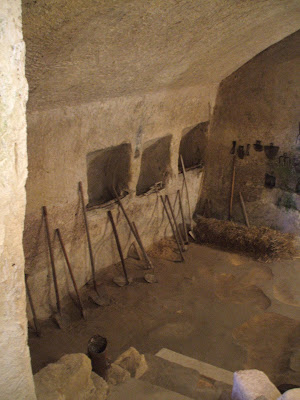 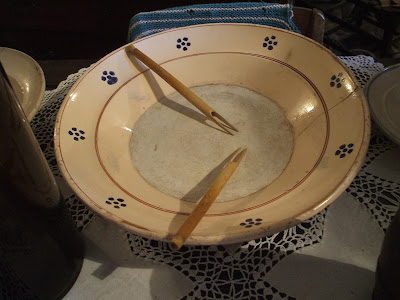 When the U.S. put a man on the moon in the late 1960’s, Italian families were still living in these sassi without electricity, sewage systems, or water.  They used lanterns for light, wood fires for cooking, terra cotta chamber pots for sewage, and collected rain water in cisterns for cooking and drinking. 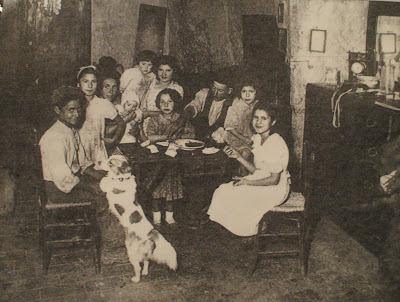 This is a photo of a photo of the family who last lived in this sassi.

The Italian government is partially funding the renovation of these sassi into bed and breakfast inns, shops, and living quarters.  We saw several places where renovations were taking place to modernize these stone structures. 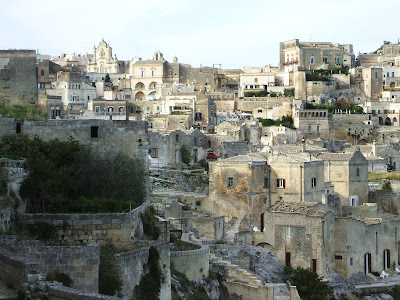 The building in the foreground on the right is a bed and breakfast.  Can you imagine staying there? 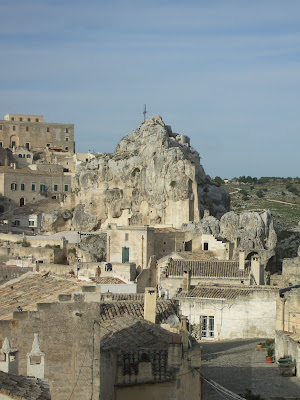 That stony structure in the middle is a church..one of the more humble ones I've seen in Italy.

Much of the time here, I feel like a time traveler.  This was especially true in Matera, because only foot traffic allowed in the area we toured.  It was very tranquil, and you could pretty easily imagine what it would have been like to be living back here in the day.  Another great touring day with my friends, Donato and Tina. 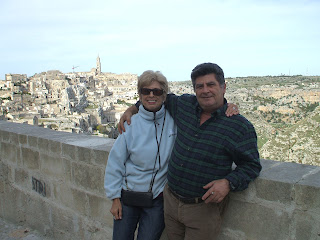 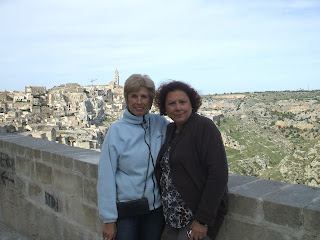