I debated how to spend my last day in Sicily.  I thought about going back to Siracusa to see some things I had missed, or back to Noto just to enjoy its beauty once more, but some urge drew me to a drive through the Sicilian countryside.  I thought I’d take a quick look at a couple of other towns that are known for their Baroque architecture (like I didn’t get enough in Noto!).   So I drove around the countryside for a while, and I wish my mother could have been with me.  I think she would have really enjoyed this beautiful and varied landscape with its stone walls along the roadside and marking off territory, as well as seeing how farming is done here.  I saw my first cows today.  I haven’t seen many animal herds…..only a flock of sheep a few days ago.

I spent more time than I wanted to in an ugly seaside town, mostly trying to find my way out, and then wended my way to Modica, one of the eight towns in this area destroyed by that earthquake and rebuilt.  I had put the address of a museum I really didn’t want to visit in my navigator, because I thought it would take me to the area of town that I wanted to see.  When I thought I might be there, I took the first parking spot I could find and started walking.  And I got lucky.  The churches I wanted to see where close by, and there wasn’t really much else listed as sights to see.

Modica doesn’t hold a candle to Noto.  It has a totally different feel to it.  For example, here are the churches I saw….. 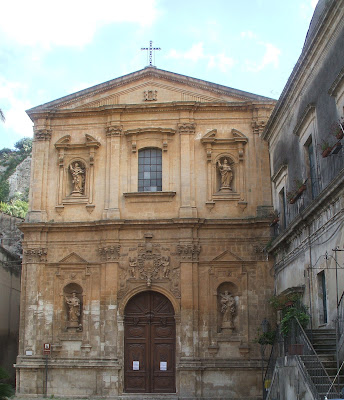 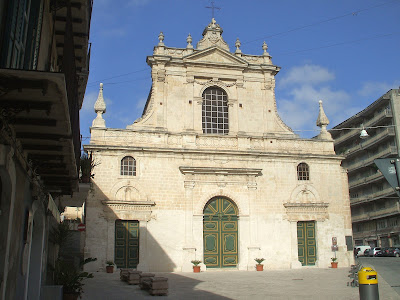 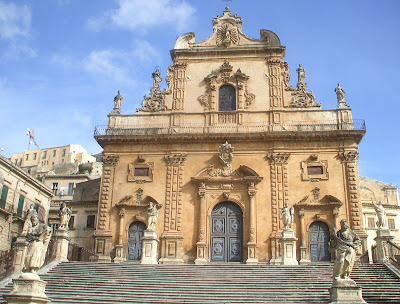 This one was pretty impressive.  I tried to go in but the doors were locked. 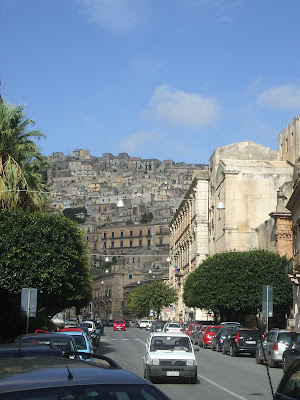 There’s an upper Modica and a lower Modica, and, as you can see from this picture, I was in Modica Basso.

Some other shots I took will give you a feel for the difference between this place and the more elegant Noto. 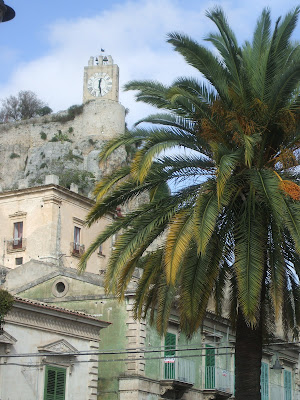 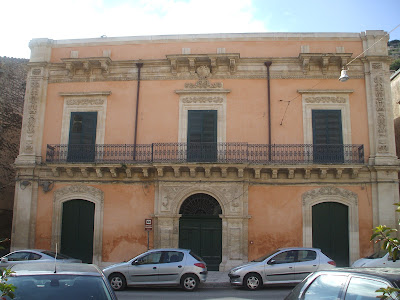 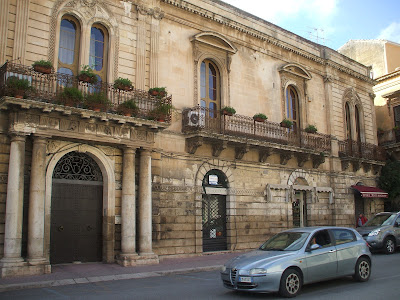 Most of the buildings look like they could use a good washing. 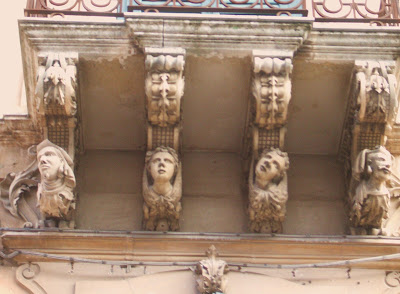 And a few balconies had these amusing adornments below them.

It was close to lunch time when I arrived, and I was checking out restaurants as I wandered the streets.  There really weren't many restaurants….mostly cafes and bars.  I saw a place called an osteria…..I wasn’t sure what an osteria was, but have since learned that it’s the equivalent of an American tavern.   . 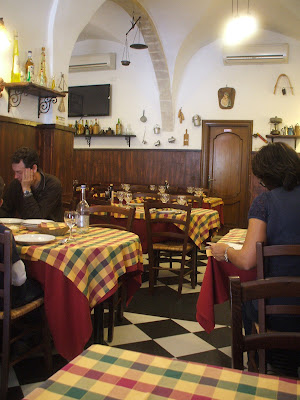 It was a pretty nice tavern.

I ordered this dish from the menu.  (Yes, I ate a bunny!) 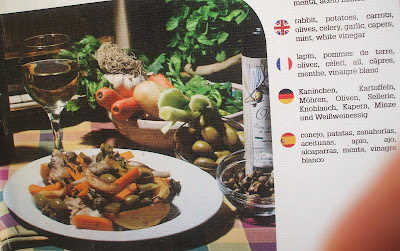 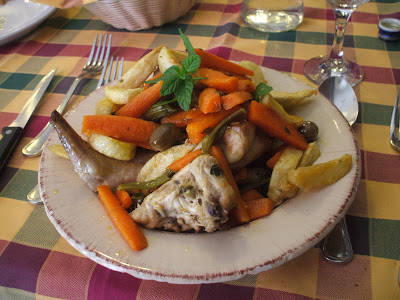 And this is what was delivered to me.

I hadn’t noticed that the potatoes in the dish were actually French fries, which I thought was kind of strange.  I think some roasted or boiled potatoes would have been a better fit for the dish, but I was delighted with the flavor combination.  It was really delicious.

On the way back to my car, I noticed a museum and went to investigate.  There were some pretty neat things on display. 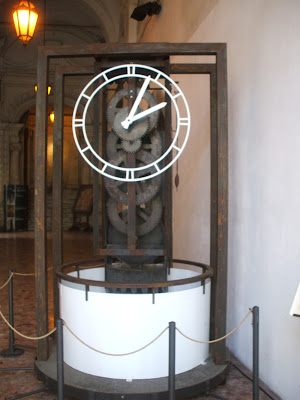 At the entrance was this clock that was somehow run with water.

This was a really beautiful sculpture at the bottom of the stairway. 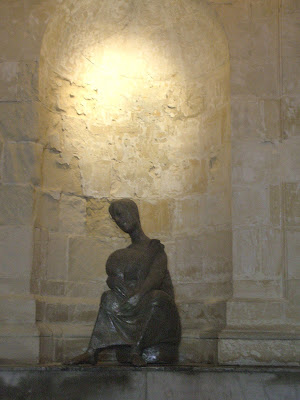 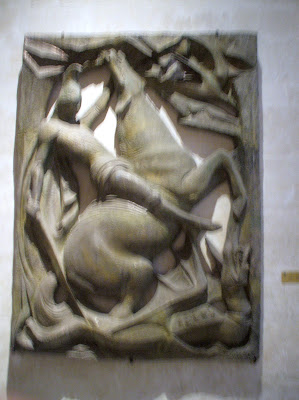 And on the way up, more interesting pieces…

When I arrived at the top of the stairs and moved toward a room that seemed to have an exhibit, I was stopped by a man who advised me that they museum closed until 4 p.m.  They might want to consider closing the doors if they don’t want people wandering in. 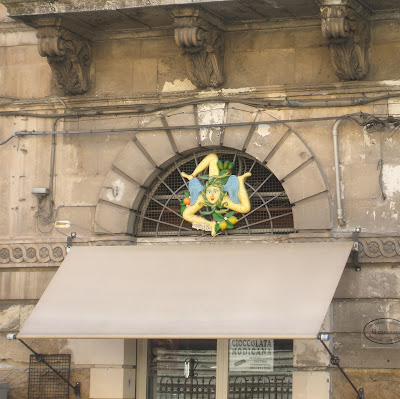 I've seen this symbol all over Sicily.  It's called the triskelion and it's in the center of the flag of Sicily.  In the middle is the winged head of Medusa and three wheat ears.  The three bent legs allegedly represent the triangular shape of the island itself.

This road sign made me laugh....wouldn't you just love to live in Frigintini?! 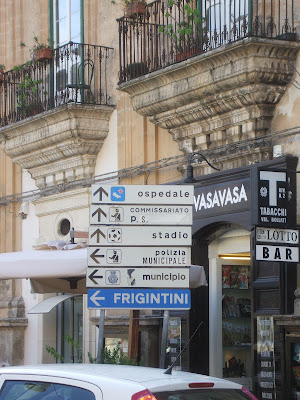 When I got back to the hotel, I took a long walk along the beach and sat for a while just listening to the sound of the waves breaking on shore.  After 5 hours on the road, it eased the driving tension.  If my navigator were a real person, I’d be giving her a big hug for guiding me through the confusing streets of these Italian cities.  I would never have attempted it without her!
Posted by Unknown at 9:56 AM