A HILL OF A CITY

Fortunately for me, my friend Bernadette, who came to Perugia with me to spend the weekend, is a born navigator.  This woman has the most incredible sense of direction, and where there is a problem, she will find a solution.  She discovered escalators and elevators almost everywhere we went that allowed me to avoid climbing up scores of steps.  So what could have been an exhausting exploration of the city turned out to be not half bad.

Perugia is the capital of the province of Umbria, the eastern neighbor of Tuscany.  The countryside, in my opinion, is not as spectacular as Tuscany’s rolling hills, but it places a very close second.  Vineyards and olive orchards dominate the landscape here, just like Tuscany, and this area is also known for its wonderful truffles, lentils, and the delicious pecorino cheese made from the milk of the flocks of sheep ranging in the hills.  Ah, the truffle.  The season is from October to March, so there are still some fresh truffles around, but not for long.

Perugia is the center of art and culture in Umbria.  There is a large university here and thousands of students roam the city streets.  The student population of approximately 40,000 makes up a quarter of the city's entire population!  The historic center is surrounded by two rings of Etruscan and medieval walls. 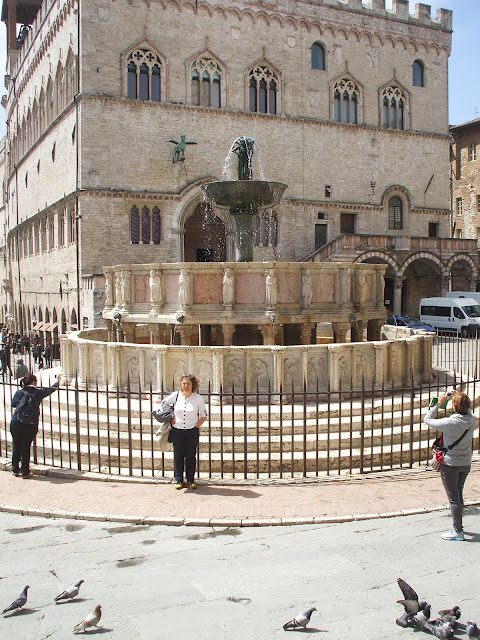 In the center of the city is this beautiful fountain, Fontana Maggiore, which is the symbol of Perugia.  It stands in front of this huge Gothic cathedral. 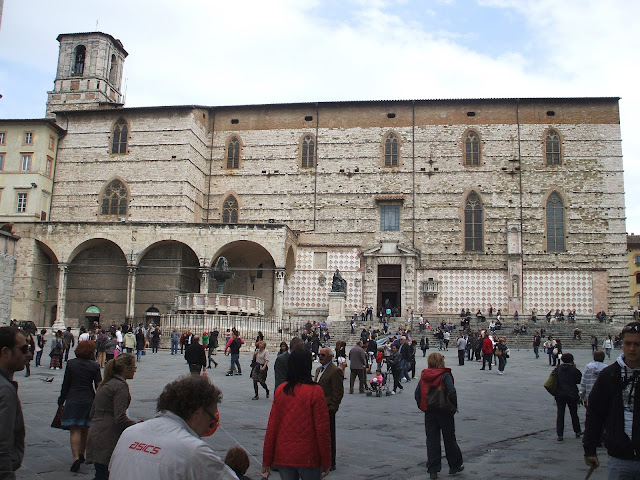 In the same piazza there is also the Palazzo dei Priori and the National Gallery of Umbria. 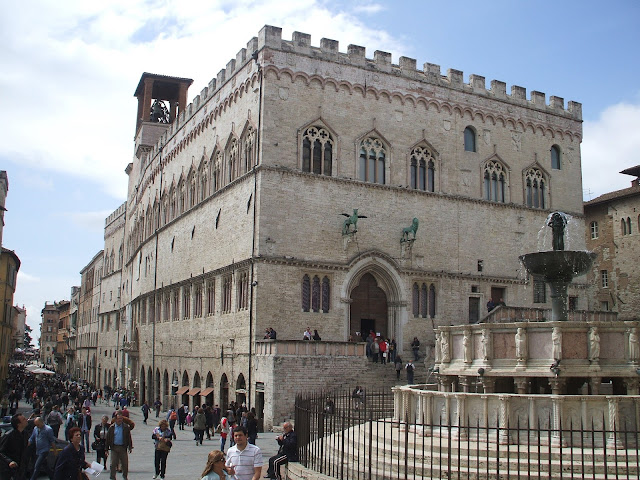 The day was too beautiful to spend time inside galleries and museums, so Bernadette and I just roamed the city, taking in whatever sights came before us.  On our way up to the city center, we discovered some of the escalators (a set of four) and found a variety of shops inside the stone tunnels at the top of the last one. 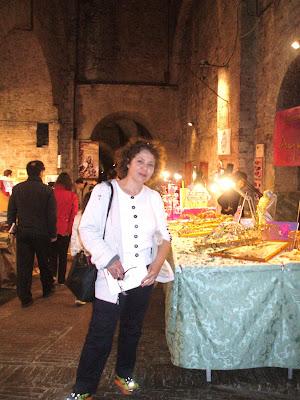 These vendors must have to pack up their wares every night. 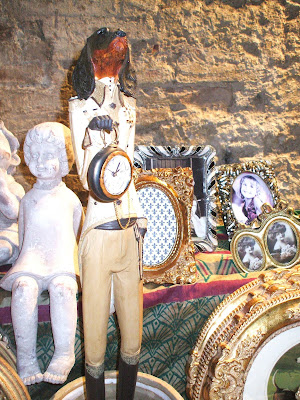 I loved these funny clocks, one a dog. 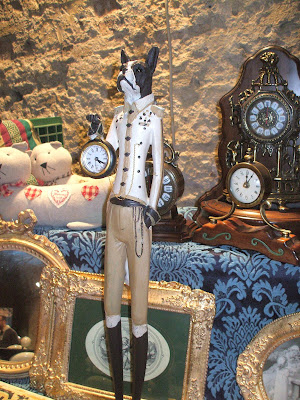 And the other of cat.  Can't you just picture them at each end of someone's fireplace mantel?


We encountered a couple of other markets—Sunday is a big market day in Italy—in one piazza there was an antique market, in another there were vendors selling the food products of Umbria.  This is truffle country, so I am in heaven when I can buy sausages with truffle, cheese with truffle, truffle oil, truffle cream, etc. etc.  For starters, I bought some truffle sausage and some truffle cream, as well as some outstanding pecorino cheese and these incredible cheese biscuits made with 10 different kinds of cheese.  A loaf of local bread rounded out my market purchases.

Bernadette and I wandered the city for several hours and captured some of the sights along the way. 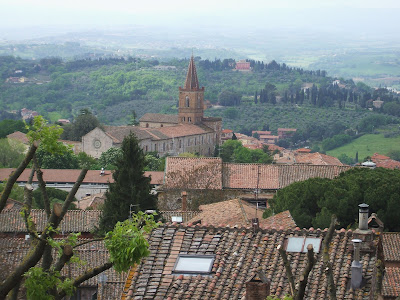 Since this city is built on a hill, you often encounter fantastic views like this. 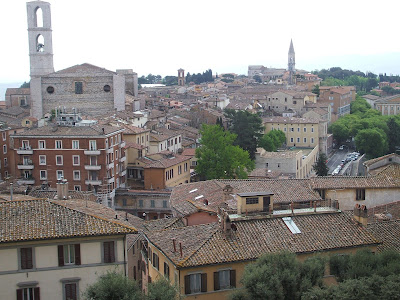 On our way back down the hill to the apartment, we stopped at the supermarket to buy supplies for dinner.

I made a wonderful risotto with that truffle sausage, mushrooms, and red bell pepper, adding a dollop of the truffle cream at the end for extra truffle deliciousness.  That, with some bruschetta, made for a delicious meal.

I was pretty exhausted at the end of the day and didn’t even mind sleeping on my slightly lumpy mattress.
Posted by Unknown at 11:59 AM