It was a nasty flu wrestled me down and kept me there for several days.  The two angels upstairs brought me medicine, food, and flowers for several days before the fever cooled, the coughing subsided and the nose dried.   All the while, the streets of Hanoi were being decorated in preparation for Tet, the Lunar New Year and the biggest celebration in VietNam.   Most businesses close down for a week during this holiday, and many people in the city return to their home villages to celebrate Tet with their families.

In the meantime, my new friend Connie from ChiangMai arrived to spend a few days exploring VietNam with me.  She did that on her own for the first couple of days while I continued to recover.  I stepped out with her to watch the fireworks at midnight on New Year’s Eve.  We went to see the display at a lake that’s about a 3-minute walk from my apartment.  The fireworks were being released at a spot across the lake, and they were exploding right above our heads—the fiery ashes were raining down on us!  I’ve never been that close to fireworks before and I’m not sure I want that experience again.   People were packed in like sardines all around the lake to watch the spectacle, and there was the same oohing and aahing that seems to accompany the especially colorful explosions. 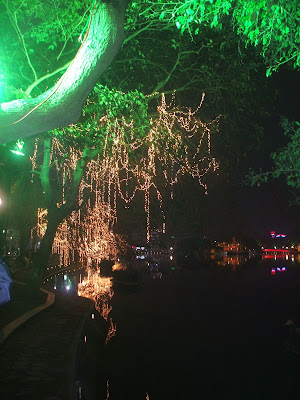 The trees around the lake were bathed in green light and draped in white. 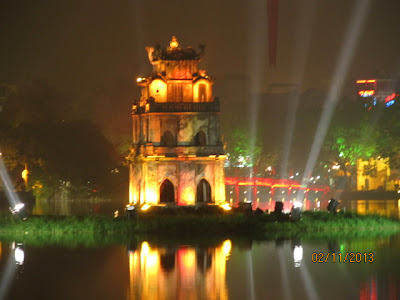 There's a pagoda on an island in the middle of the lake. 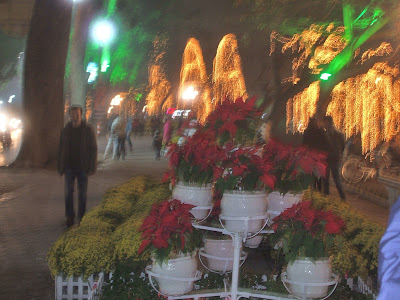 And colorful displays of flowers line the walkway around the lake. 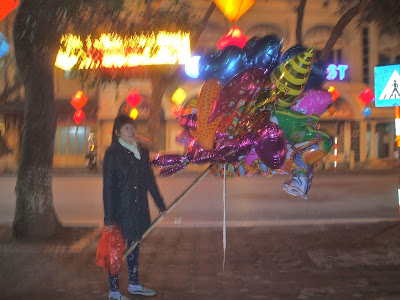 This balloon vendor added her unique bouquet of color. 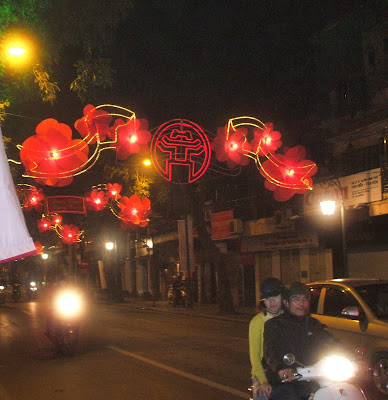 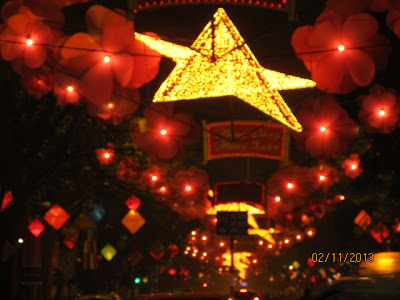 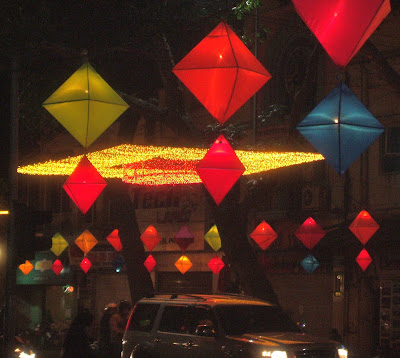 In Asian cultures that celebrate Lunar New Year, 2013 is the year of the snake, which is generally thought to be a good omen.  Let’s hope they’re right.