You can drive for hours along the West Coast of New Zealand's South Island and not see much civilization.  It reminds me of Alaska in that respect.  So you need to top up the gas tank whenever you get the chance.
On Saturday, i drove from Lake Kaniere to Franz Joseph to see the glaciers.  It was another gorgeous day with more spectacular scenery.  These mountains are so varied and beautiful, and there are beautiful pristine lakes with no houses or boats to be seen. 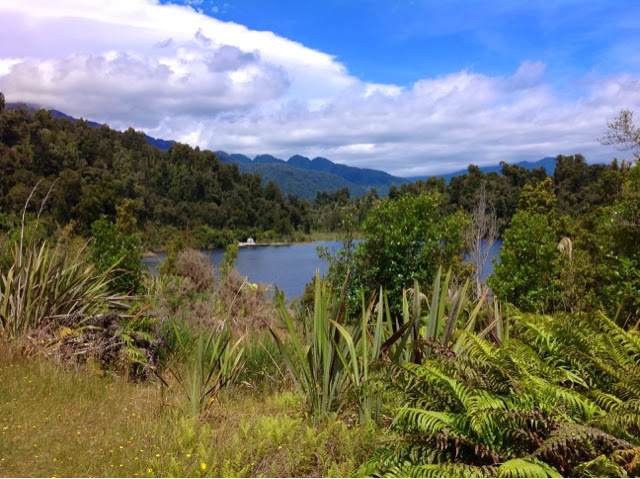 And there are lots of cows.

When I checked into the motel in Franz Joseph, I was advised to visit the glaciers that afternoon because a large storm system was expected to hit the area in the night and hang around all day Sunday.  I was pretty tired of driving but heeded the advice and headed for Fox Glacier.  The hiking trail to the glacier was very rocky, and I don't own any good hiking shoes (surprise, surprise!), so I settled for a photo from afar. 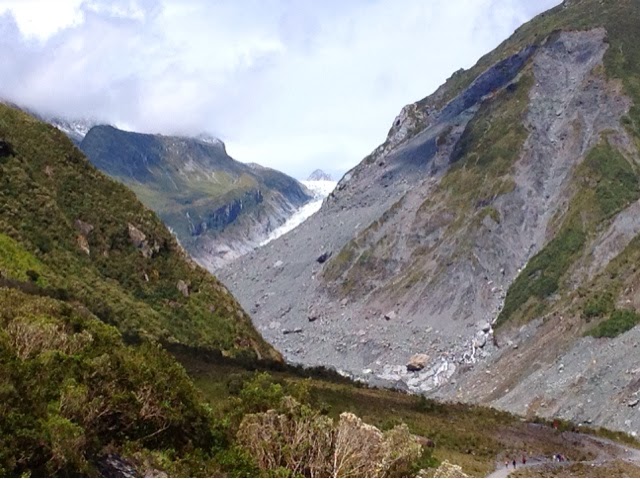 Close to Fox Glacier is Lake Matheson, a mountain lake that can be reached only by hiking a trail through the bush.  This trail was walkable in street shoes, so I decided to do the 90 minute hike around the lake.  There were other people on the trail, but I passed only a few, enjoying the stillness of the forest and chirping birdsong. 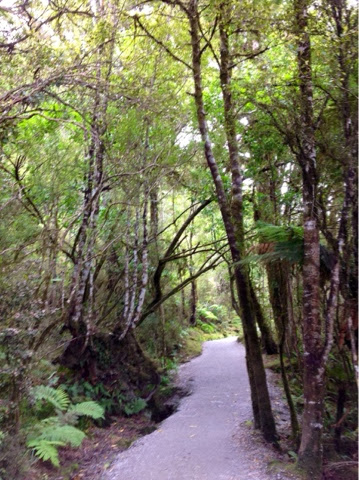 At the lookout point, I met two young Italians, Alicia and Angelo, and had an opportunity to practice my Italian. 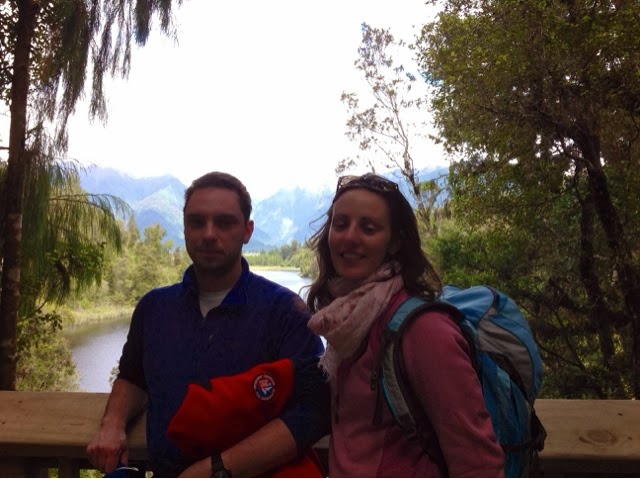 The lighting wasn't great for photos of people but I managed to capture the landscape pretty well. 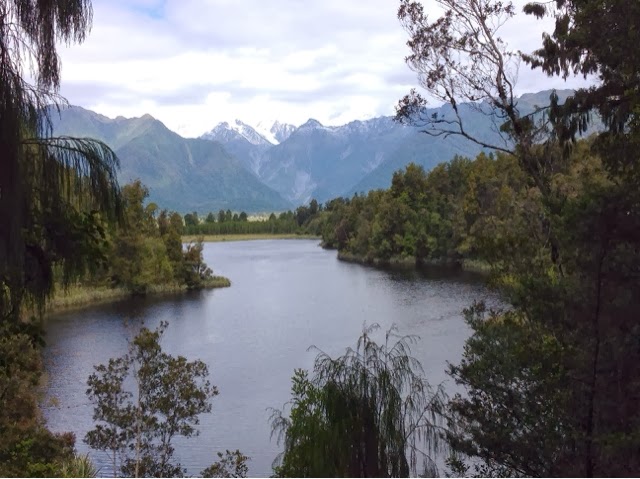 We walked back to the car park together, and along the way I learned that they were both from the Lake Como area.  Alicia is now living in New Zealand, working for a winery, and Angelo and his girlfriend are visiting Alicia.  I really enjoyed our conversation and walk together.  They were both very charming. 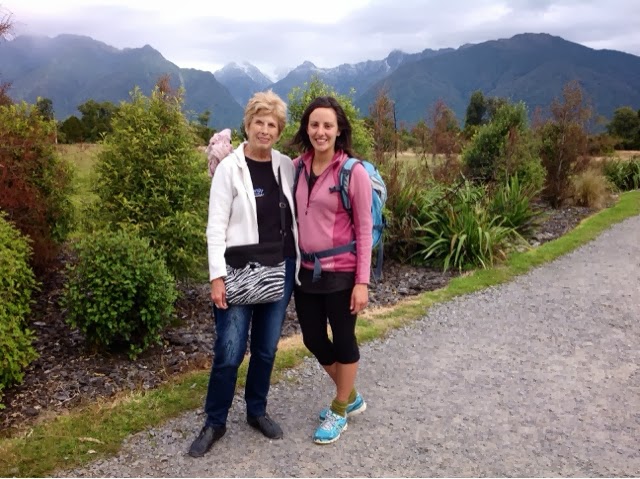 I took this shot as I was driving from the lake back to the main road.  I think Mt. Cook, the highest peak in this range, is in this picture. 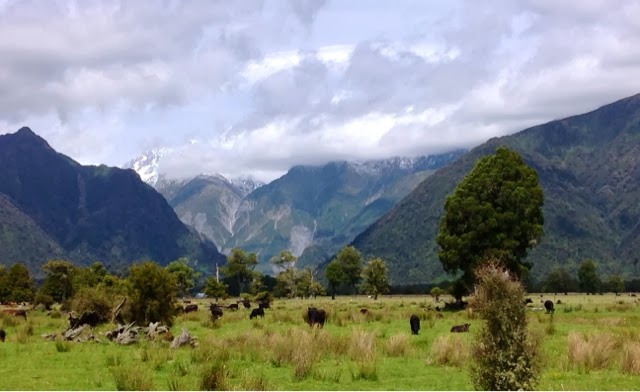 It was getting late, and I was pretty tired, so I returned to the motel, had dinner and crashed.  I was awakened in the night by a howling rainstorm that continued into the morning hours.  So further sightseeing in Franz Joseph was impossible.  There was a young German girl staying at the adjoining hostel that was looking for a ride to Wanaka, which happened to be my next stop.  So I had some company for the next 4 hour drive.  It was a bit tense at first, because the rain was very heavy, and the first stretch was through very curvy mountain roads, but the rained gradually lessened as we continued south.  I had to forego some things I wanted to see on the way, but I was rewarded during the last hour and a half with sunny skies and a drive past two very large and stunning lakes.