At the Kuala Lumpur airport, you go through a security check twice--once to get into the concourse area and again to get into the waiting area at your departure gate.  I was standing in the security check line for the departure gate when a petite young Chinese woman queued up behind me and started a conversation.  Then, after I was seated in the waiting area, she found me and sat beside me, and we chatted some more before we boarded.  We discovered we were sitting beside each other on the plane, so maybe we were supposed to meet. 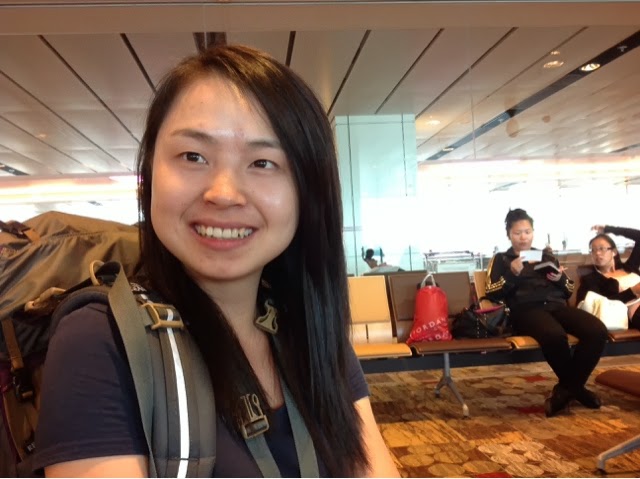 Vera is 27 and has a degree in Telecommunications.  After working in her field for five years, she decided she wanted to do something different.  So she was flying to New Zealand, where she was able to get a work visa for a year, and she is planning to pick fruit.  That's definitely something different.  We parted ways at the Auckland airport with promises to try to connect while we were both there.
We did connect a week later.  I was planning to tour the Art Gallery that day, but she wanted to climb a mountain, which didn't interest me.  So we met for lunch after doing our separate tours and decided to follow the city walk on the Lonely Planet website as an afternoon activity.
We skipped some of the suggested sites that involved shopping--of no interest to either of us--but found some interesting buildings and had a good walk together.  Our first stop was the Town Hall. 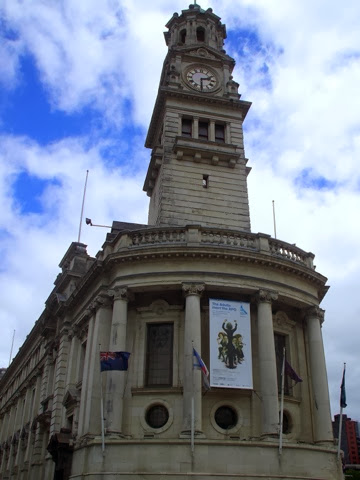 Nearby was the Civic Theater where we saw this very interesting wood sculpture.  That modern building behind is the theater. 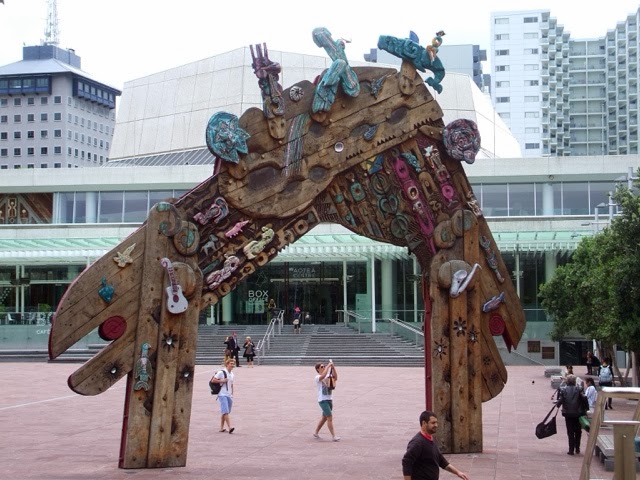 The Art Gallery was on the walking tour, so we headed back in that direction to get a photo.  It's a beautuful building, and there's an excellent collection of art there. 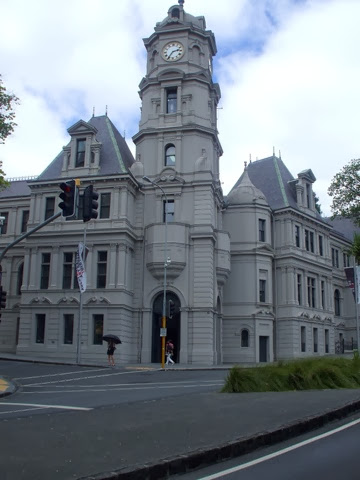 Then we walked through Albert Park, which is very lovely.  There are some really amazing old trees there, as well as beautiful flower beds. 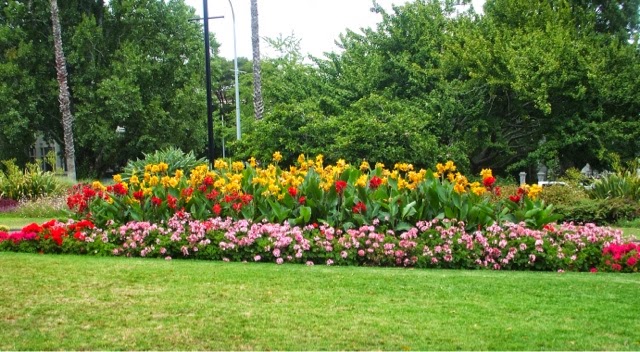 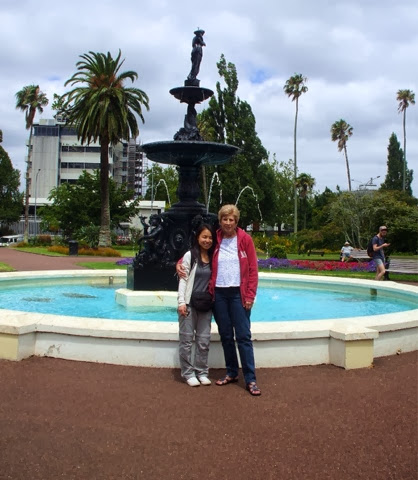 Our next stop was the university's clock tower. 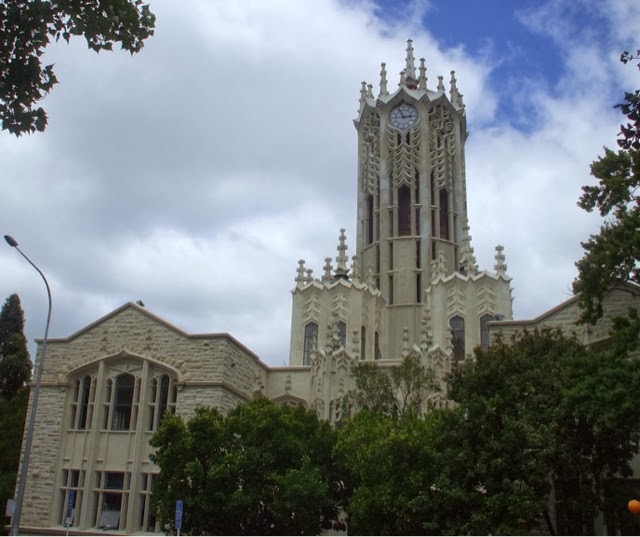 And on the campus, grounds, we also saw the Old Governor's House. 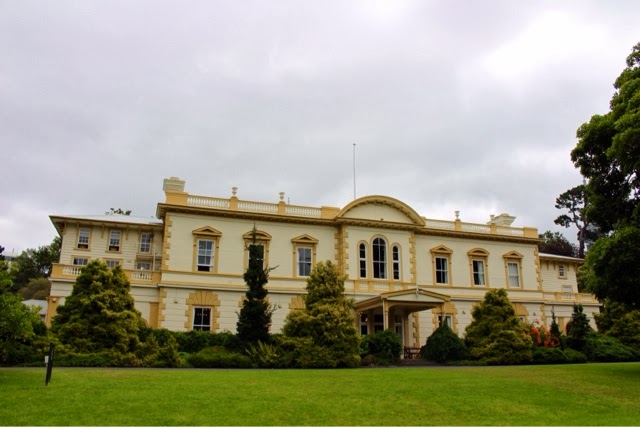 We skipped the designer shops and pubs and instead walked toward the wharf.  We cut through a park where, again, there were some gnarly trees with interesting branches that arched over the sidewalk. 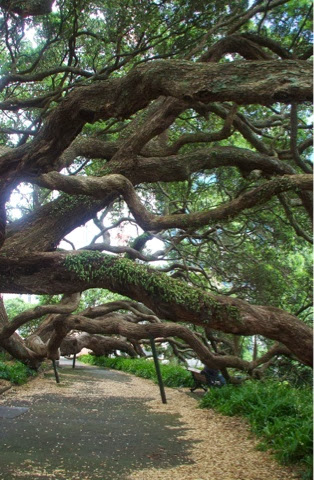 At the wharf, there were two big cruise ships docked.  I think we passed by all their passengers on the streets of the city. 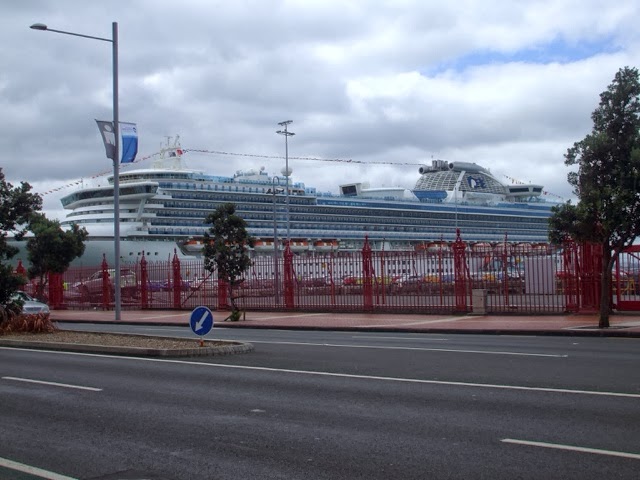 There is water everywhere around Auckland...it's a lucky city to have these harbor views. 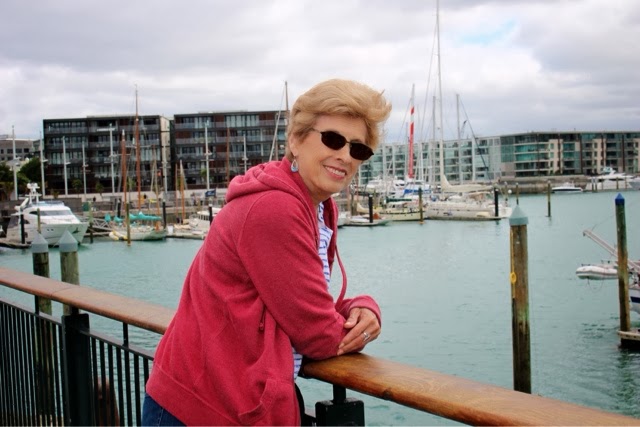 I've not befriended many young people on this trip, but Vera and I were good companions despite the 40 year age difference between us. 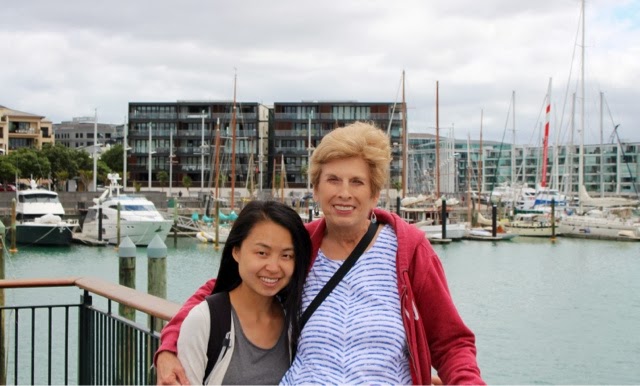