THE LAND OF KIWIS

The kiwi is the national bird of New Zealand.  It's a flightless bird, and it's unlikely I'll see one since they live in the bush and are very shy.  They're pretty funny looking with their bulbous body and long beak. 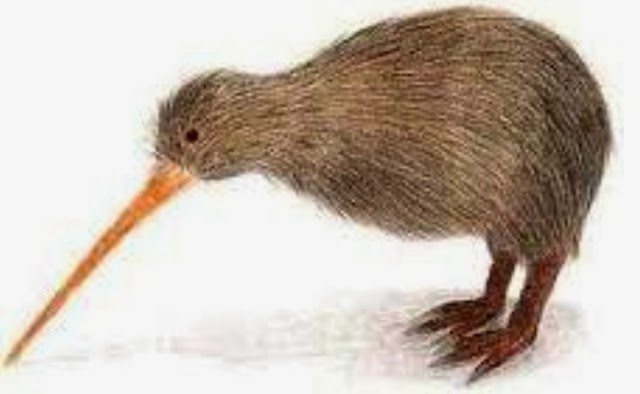 The people of New Zealand refer to themselves as Kiwis, too, but they aren't shy or bulbous.  I'm being hosted here in Auckland by two women who I met during the first month of my two-year journey....at the language school in Italy back in September of 2012.  My first week is with Kathy and her husband Gary. 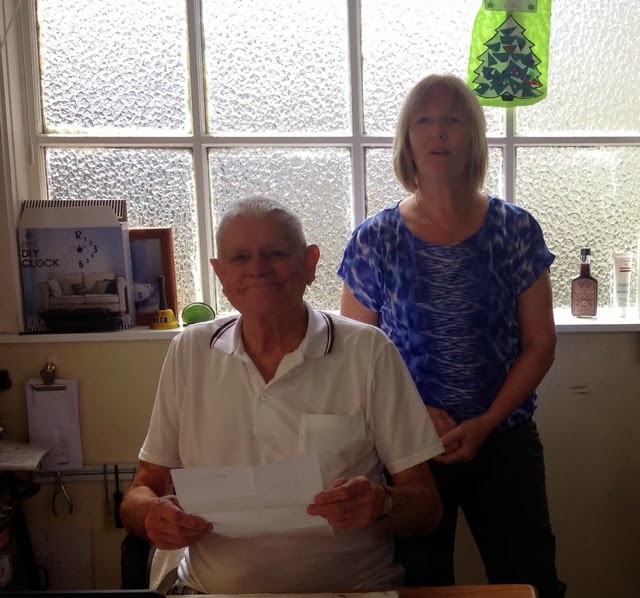 The third resident of the house is Coco, one of the very few cats I've met who doesn't seem to like me much.  I'm still working on it, but I'm not optimistic that I'll win over this feline.  But she's a beauty. 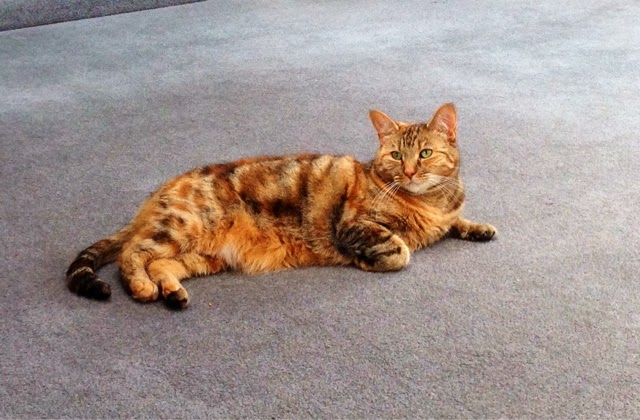 And I get to enjoy this view from their living room every day. 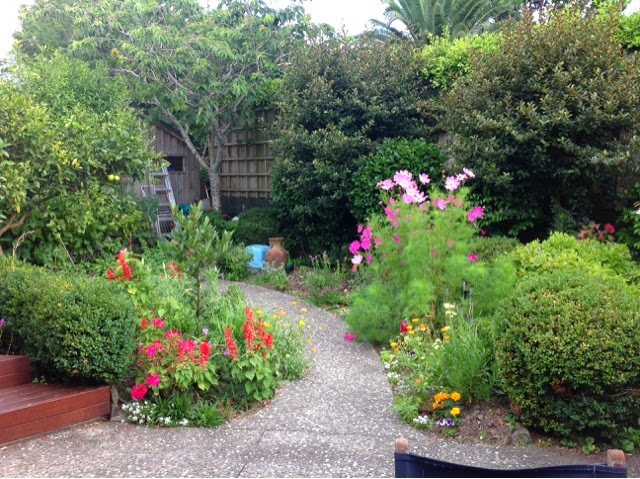 Despite the fact that I wore a mask on the flight here, I still picked up some virus that had my stomach and head aching.  This is getting very tiresome.  We went out for a drive the day after I arrived, so I got to see a west coast beach with the dark sand before I got hit with the virus. 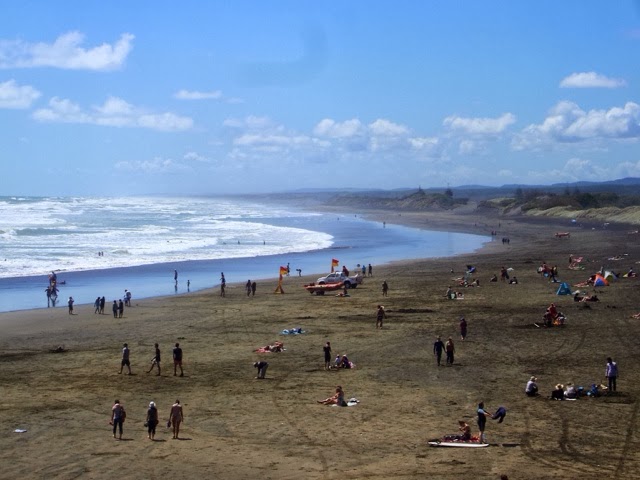 Further along this coast, we stopped to see the gannet colony at Muriwai. 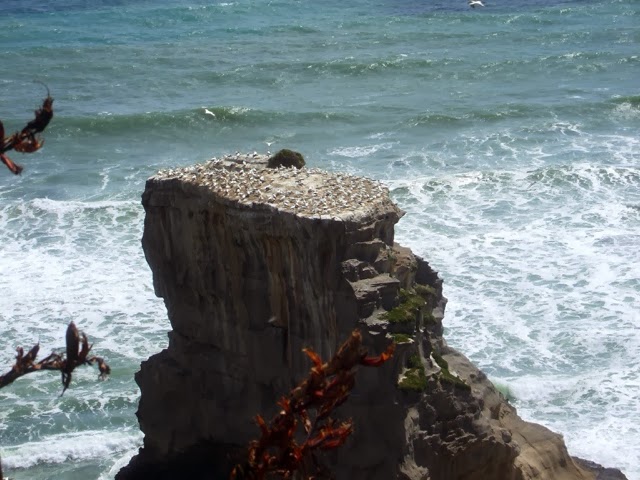 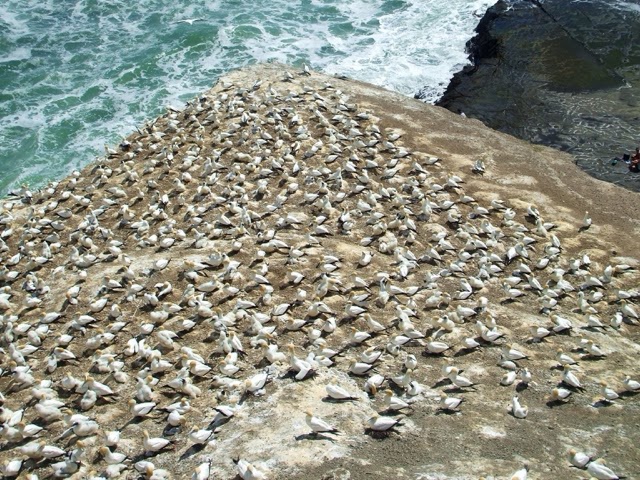 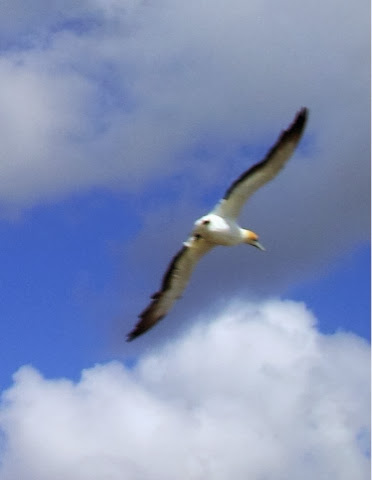 About 1200 pairs of gannets nest in this area between November and March.  The beach here was also quite beautiful. 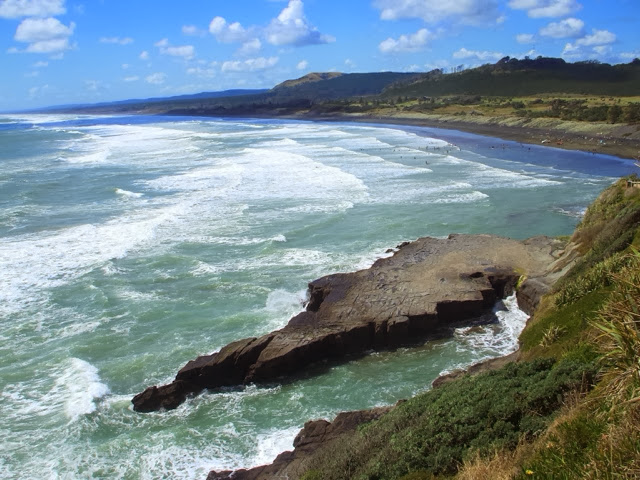 We ventured out again yesterday, after I was mostly recovered, to another west coast beach at Piha. 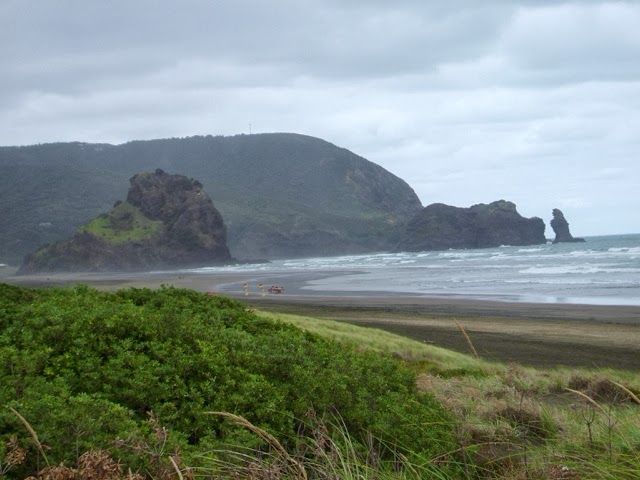 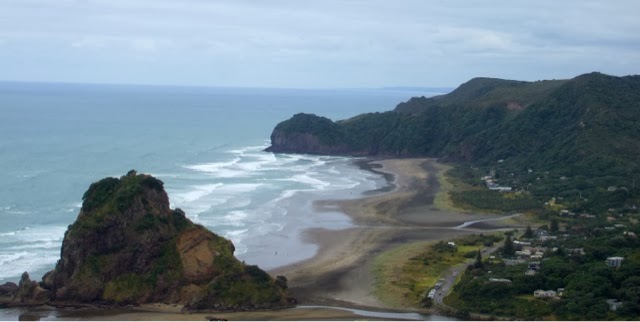 The weather is unseasonably cool, with temperatures in the high 60's and low 70’s F, but since I'm not a surfer or a sunbather any more, it doesn't matter much to me.  I could sit by the sea for hours just listening to the waves rolling in to shore.
It is such a different and wonderful experience to enjoy the beauty of nature.  I like this place a lot!
Posted by Unknown at 12:54 PM

Beautiful! Have a wonderful time! I'm quite jealous so am working on my issues.
Your elder sis