1.  The very friendly and helpful people.  For example, I sat next to two gentlemen on the train from Granada to Sevilla, and this very friendly and kind man insisted that I eat one of his ham sandwiches for lunch.  He's a train conductor, and he and the other gentleman were very patient with my attempts to communicate in Spanish. 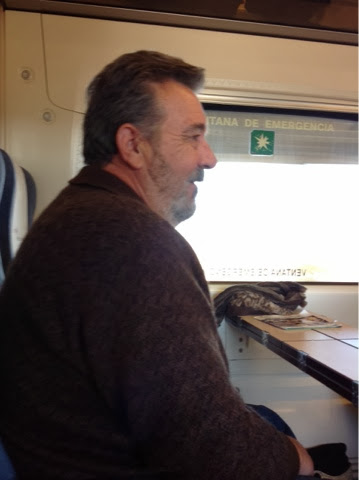 2.  The public transportation system.  The train service in particular is wonderful.  The trains are clean and modern, AND I don't have to bother anyone to schlep my heavy bag down and then back up a flight of steps to get to or from the tracks.  Instead of steps, there are moving walkways that angle down to and up from the tracks.  You have to make sure your luggage on 4 wheels doesn't roll away, but that's something I can manage on my own.  The bus service in and between towns is also very good and economical.
3.  Tapas.  I love these small portions that allow you to eat to fit your appetite and try any number different dishes without breaking the bank.  There are some standard tapas that you can find just about anywhere and then there are gourmet creations.  I had this delicious beef cheek that leaned toward the gourmet end at a tapas bar here in Sevilla today.  YUM!  (Sorry about the iPad shadow.) 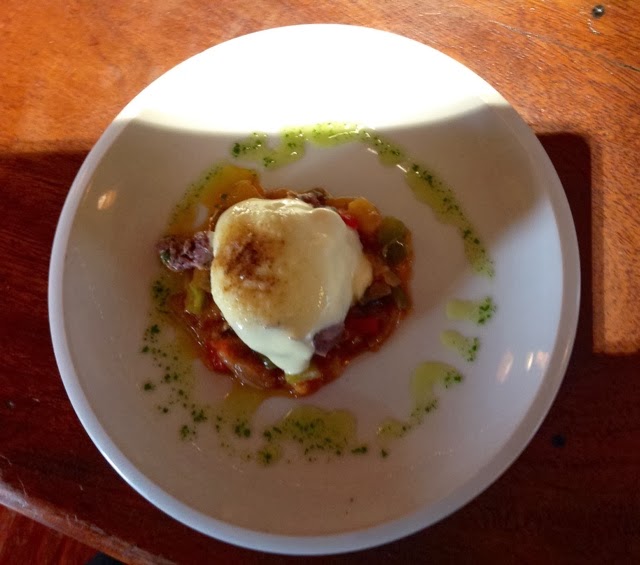 4.  Flamenco.....what a passionate dance form it is.  You couldn't take photos of the performance but let me just say that beads of sweat from the male dancer hit people sitting in the front row.  This was so ironic because the lead female dancer did six routines to only two from the lead male dancer and she stayed dry.
5.  Gaudi...his imaginative designs are a feast for my eyes.
6.  The Andalusian history, with its mix of the Islamic and Christian architecture, art, and traditions.  It's a shame that the Moors and Spaniards were at war for centuries, battling over what is proably the poorest region of Spain.
7.  The white towns of Andalucia.  If I ever return to Spain, I want to spend time exploring more of these stunning mountain villages that served as defense points during the centuries of war between the Muslims and Christians.  Why are all the buildings white?  Very simply, to keep them as cool as possible in the hot summers when temperatures can climb to 120 degees.  (I won't be here that month!) 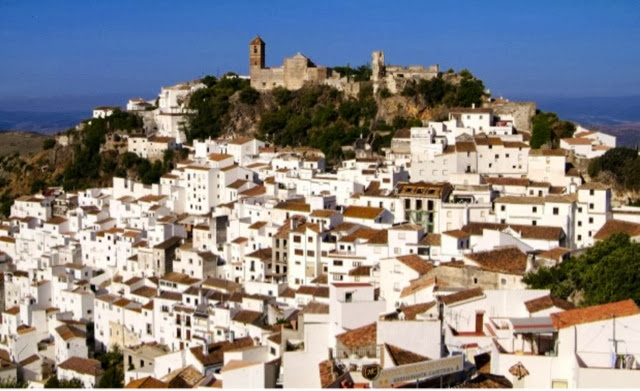 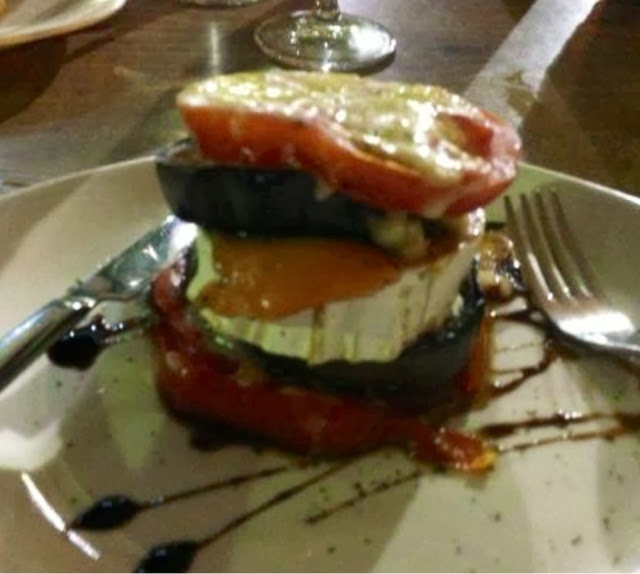