The day after I returned from California, I repacked my suitcase and headed for Virginia Beach, Virginia.  It’s pretty amazing to think that in the course of two days, I traveled the entire width of this great country—over 3,000 miles from coast to coast.  I went to visit my friend Gayle, who retired recently, quickly sold her home in Michigan, and moved back to her hometown. 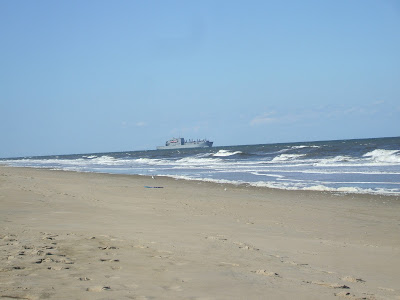 Virginia Beach is a beautiful city that spreads itself generously along the Atlantic Coast, just east of Norfolk.  There's a naval base here, so this is a typical site.

Gayle's mother still lives here, and Gayle’s been enjoying time with her, as well as the company of her youngest daughter Leah, who is living with her for a few months.

Gayle and I have enough in common to enjoy a good friendship, but we are different is some significant ways.  Gayle is very athletic, where I am definitely not.  She hikes, bikes, runs, and indulges often in her favorite sport, kayaking.  At the time of my visit, she was in the midst of final preparations for a six-week, 631 mile kayaking trip down the Alabama River.  She and a friend are doing this trip together, just the two of them, and it’s by far the longest run they’ve ever attempted.   People often comment on how courageous I am to travel alone around the world, but this is a woman who is truly brave.  She’s traveled to more than 50 countries, about half with her two daughters—backpacking, camping, staying in hostels, eating street food, etc.  I would never attempt this type of travel.  I really admire Gayle for her spirit of adventure. 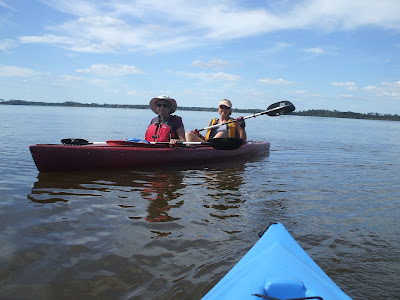 I kayaked for the first time with Gayle and her kayaking meet-up group.  And here’s the proof for those of you who might think I’m blowing a little smoke ;-)  It was comforting to have a partner for the first time out.  I was surprised at how much I enjoyed it, and I think I might become a fan.  It certainly would help me build the upper body strength I need to schlep my luggage around airports and train stations hither and yon. 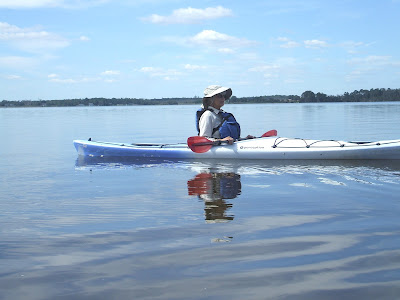 Here's Gayle in the sleek new kayak she bought for her upcoming trip. 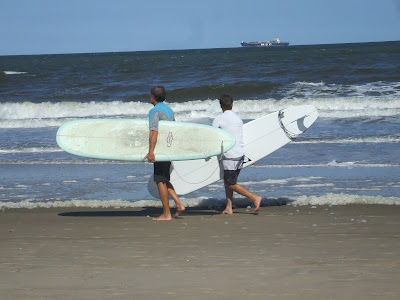 We also spent several afternoons at the beach, and this, as most of you know, is one of my favorite pastimes.  The tourist season was over, so the beaches weren’t very crowded.  It was beautifully relaxing. 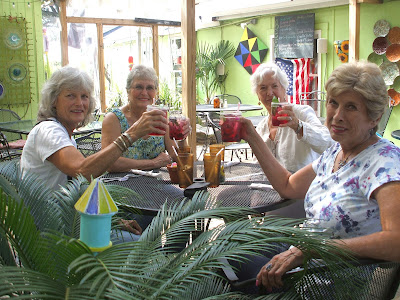 I ate a lot of crab cakes and enjoyed a parting lunch, with Gayle, her mother, a kayaking friend, Jenine--and delicious blueberry-basil mojitos. 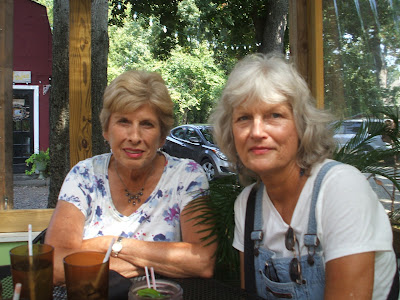 There's nothing quite as sweet as time spent with a good friend. The weather was very warm, and the 60 degrees that greeted upon my return to Michigan was a little shocking!


Now I’m settled in the apartment of another friend in Ann Arbor, while she explores the wilds of Chile.  I’ll be her guest in absentia for a couple of weeks, then move back to where I was before I went to California.  No moss grows on this female nomad!
Posted by Unknown at 6:38 AM