These two young Frenchmen who are the only other students in my Spanish class invited me to join them for a car trip to Ronda, one of the famous pueblos blancos (white towns) of southern Spain.  I was surprised and pleased that two 28-year-olds would want a middle-aged woman tagging along with them, but during this week together, I've discovered how charming and simpaticos these two young men are.
We drove to Ronda in a rental car....the country surrounding Ronda was beautiful and diverse. 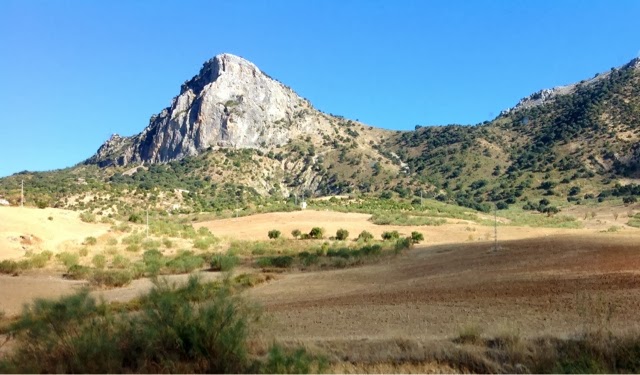 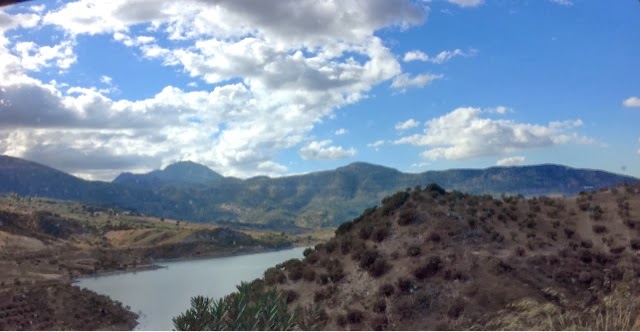 Ronda, population 37,000, is in the mountains northwest of Cadiz.  Both Ernest Hemingway and Orson Welles lived here part-time, and the latter's ashes are buried somewhere around here on what was the property of a bull-fighter friend of his.  This is one of the most recognizable images of Ronda. 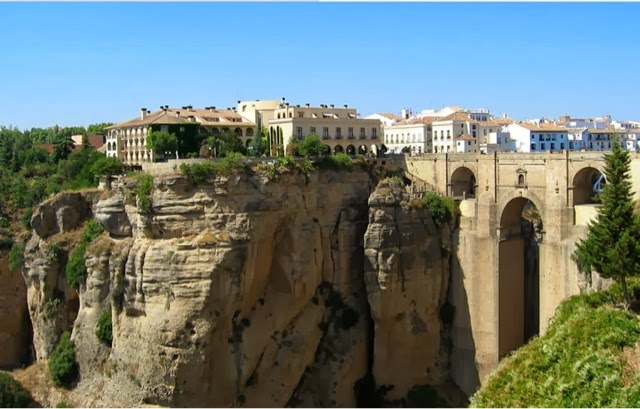 Standing on the bridge, you get a different view of the gorge below. 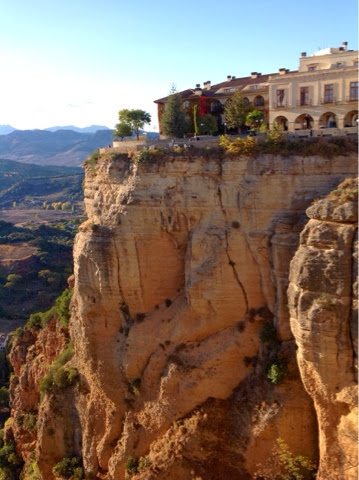 There's a reason it's called pueblo blanco.  (Even the horse is white!) 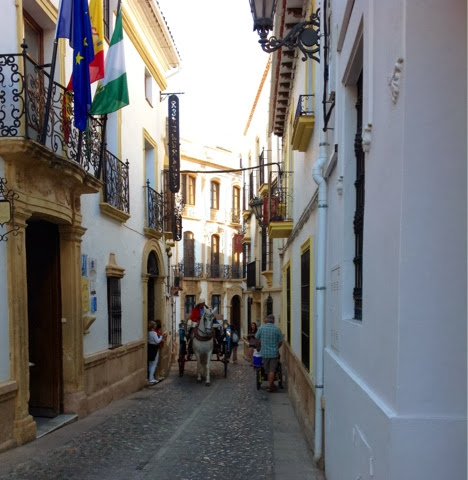 Some buildings had a bit of added color. 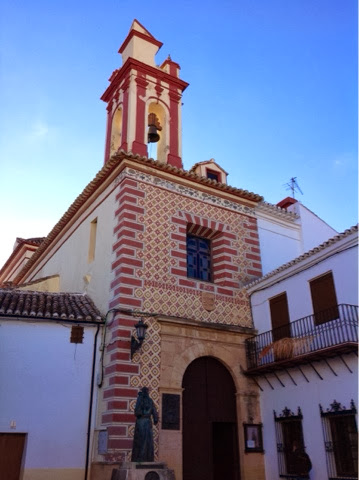 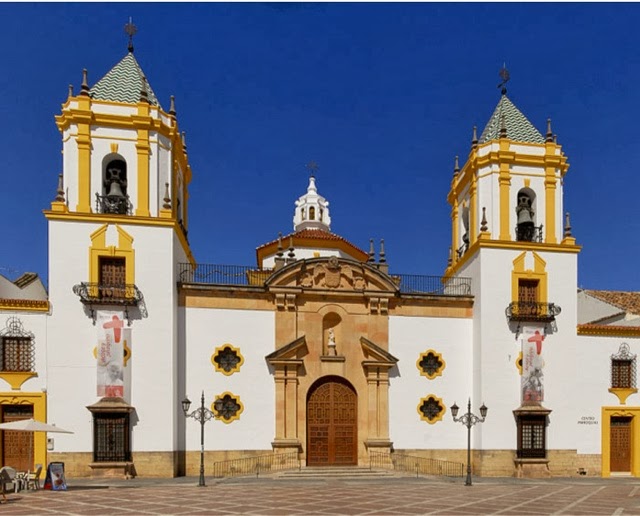 In the main placa (the equivalent of the Italian piazza), there is a bull ring, but we passed on the 6.50€ entrance fee, since there was no bull fight.  But I couldn't resist a pose. 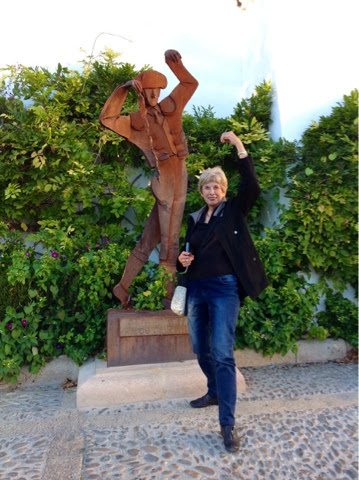 We walked around the outer walls of the town, enjoying the spectacular views of the country below us. 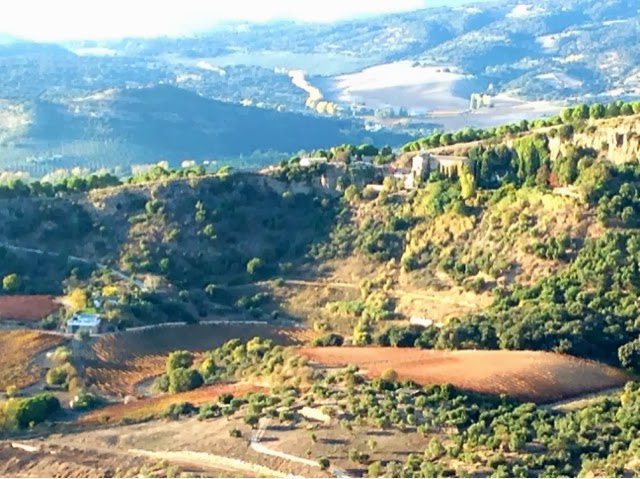 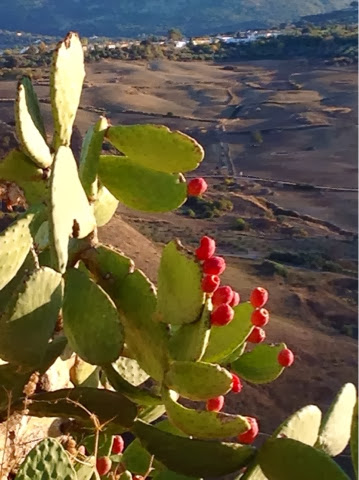 These are my French friends, Adrien and Guillaume.  Adrien is a project manager for a French manufacturing firm, and Guillaume is an engineering manager currently working in Gabon, in west central Africa. 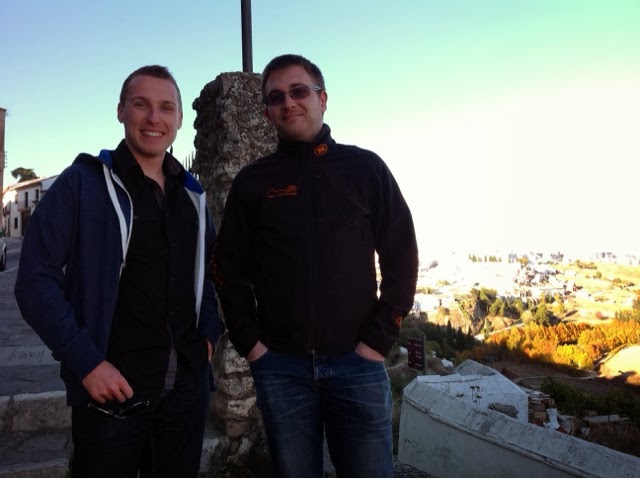 The three of us enjoyed the most delicious and unusual tapas we had yet had at a little bar called De Loco Tapas.  I found this place on the Trip Advisor website and can only thank the reviewers who raved about it, because It wasn't that easy to find, and it has only four tables. 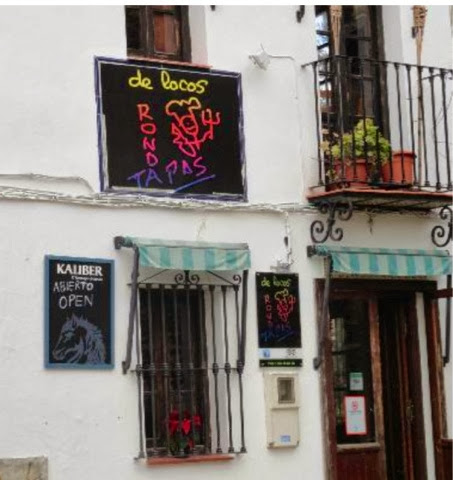 Here's just as a sampling of the several tapas we ate....carpaccio with Parmesan ice cream... 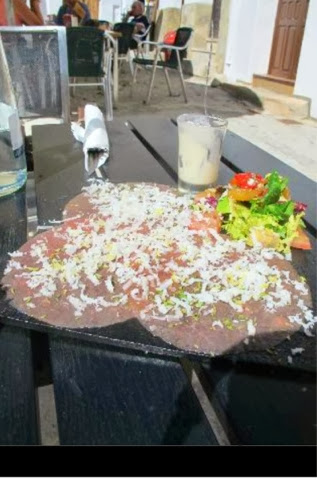 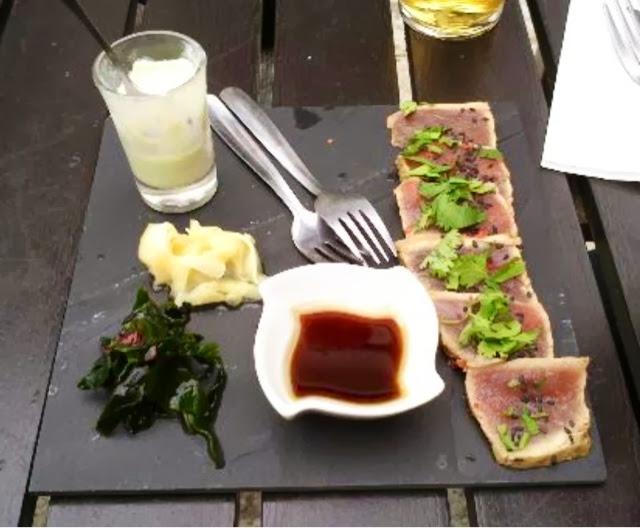 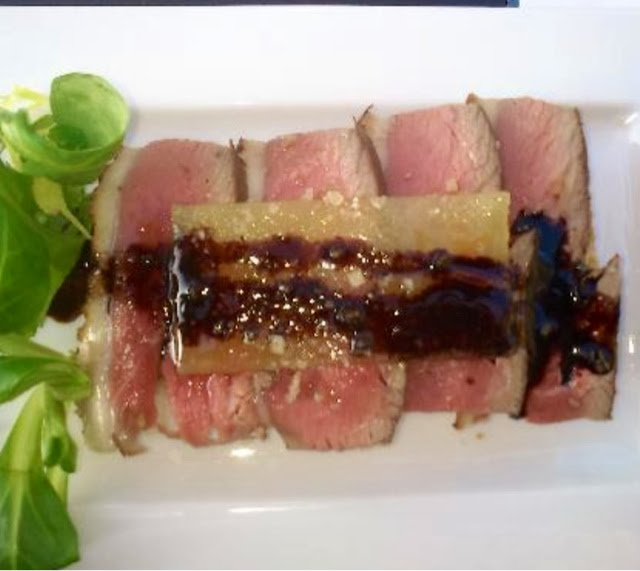 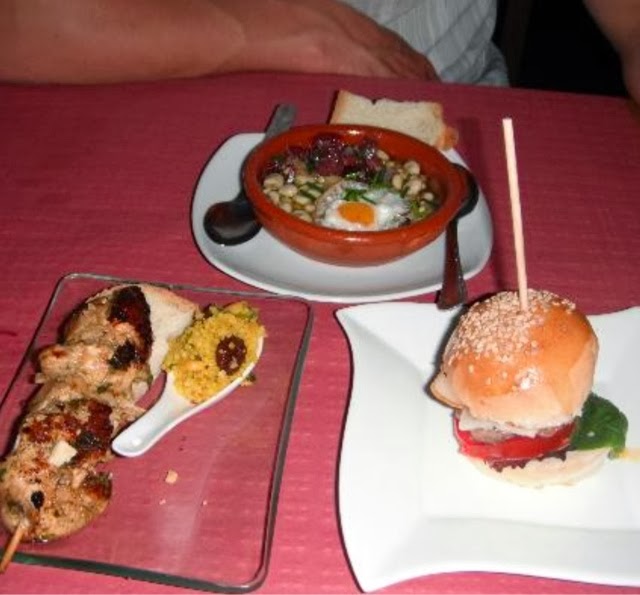 Altogether we ate probably 20 different tapas and 4 drinks (total, not each) and our bill was only 73€.
It was a really lovely day with these very genial Frenchmen.
Posted by Unknown at 10:03 AM

Thanks for these beautifull pictures and the time we shared during our classes!
I hope you will get new students this week.
Guillaume

Hola Maria ! Be sure it was also a pleasure to spend time with you. I wish you all the best for what's coming next ;) Enjoy !