BACK IN THE SADDLE

So here I am back in my beautiful Italy, this time in a medieval city that has a few tourists and much interesting history to offer.  It is, for instance, the site on the very first university in Europe.  Another very interesting fact is that the citizens of Bologna chose to free their slaves back in the 13th century. That fact alone is enough to make me love this city.

I spent the first two days here in an old hotel in the city center.  It was very noisy, and I didn't sleep very much at all.  On Saturday, I moved to the apartment of my designated host for my two week stay here.  I have deviated from my norm of renting an apartment alone to increase my opportunities to practice the language.  It is a difficult transition, particularly because my host, a woman close to my age, is very particular about how I must do things and where I must put things.  Being the strongly independent woman that I am, it is difficult for me to be in such a controlled environment.  We shall see how long I last here.

Until last night, I hadn't slept for more than 3 hours, so I haven't had much energy for sightseeing.  Also, I had some errands to do on Saturday, like getting telephone service and buying a couple of cables I forgot so that I can download photos to my iPad.  I don't have wifi at my host apartment, so I won't be posting many blog entries here.

I have walked around the city center a bit, and here are some initial pictures.  These twin towers are a landmark here.  They have become my touchstone.  I look for them to know where I am. 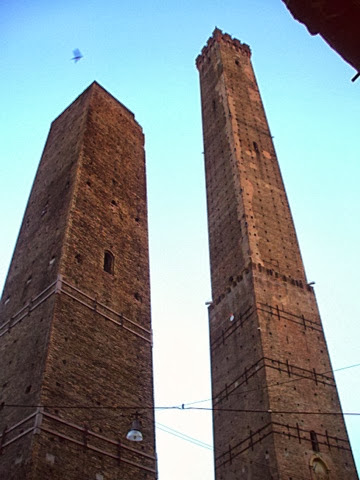 I think there has been a statue of Girabaldi in every Italian city and town I have visited, and Bologna is no exception. 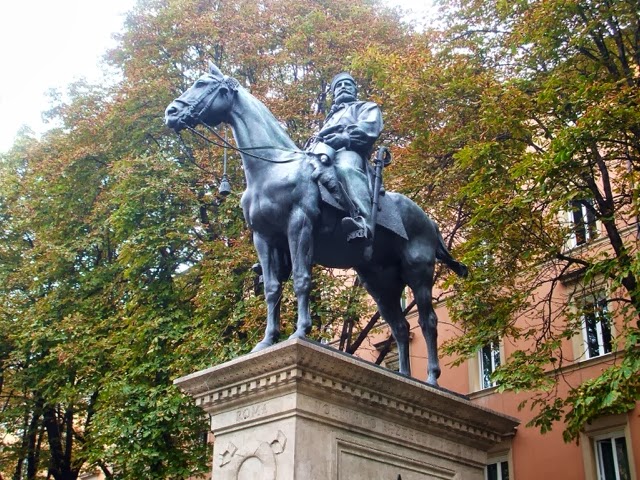 Piazza Maggiore is the central point of the city.  There is a church here, but it's not the city's cathedral, which is unusual. 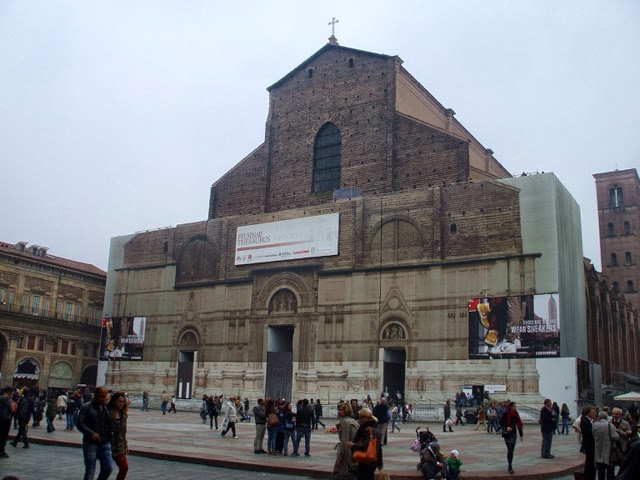 The city's offices are in this once upon a time palace. 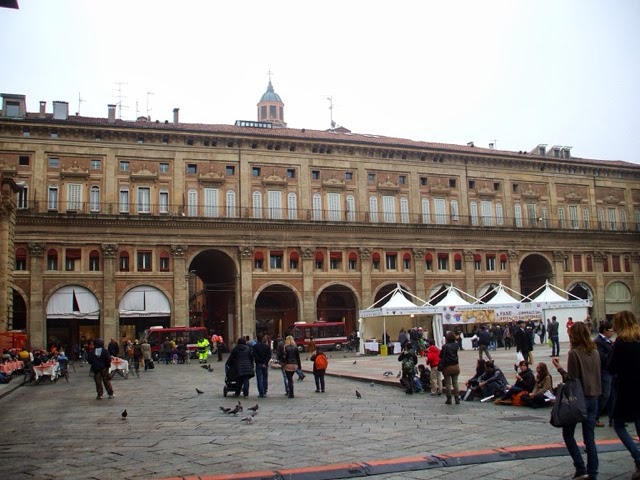 On weekends, there is a variety of entertainment in the piazza.  Last Sunday, I listened to a pretty good Italian salsa band.

On weekends, sections of two main streets are closed to traffic, and people pour into the area to walk, window shop and bargain hunt at this street market. 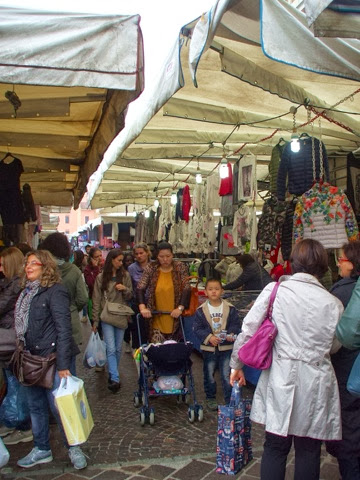 I finally found a cover for my cell phone at this market for the bargain price of 5 euro.
Here, as in every Italian city I've visited so far, there are many street entertainers.  This fellow is a one-man band. 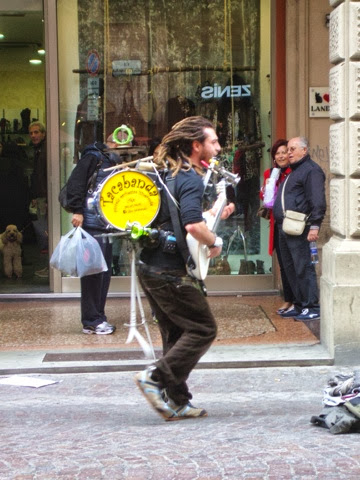 And you will typically see people in white face standing statuesquely. 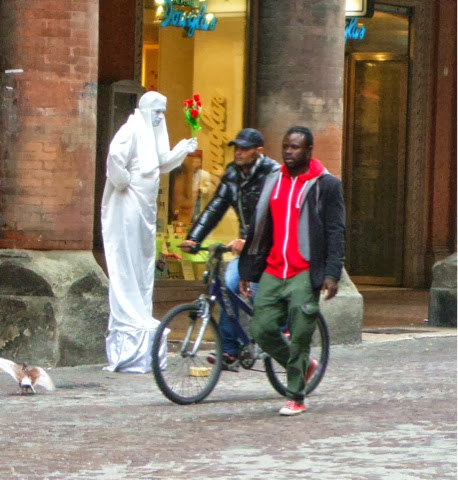 A unique characteristic of Bologna is that many city sidewalks are covered--in Italian, portici.  You have little need for an umbrella when you walk the streets of the city center. 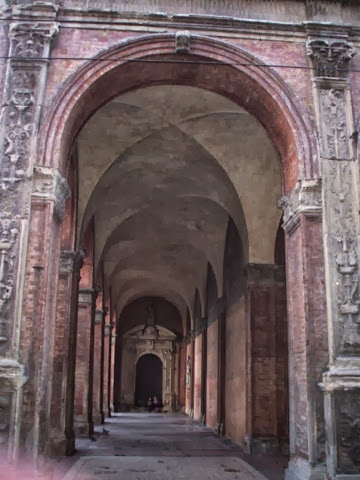 At the language school, I am meeting people from many different countries--France, Spain, Belgium, Israel, Japan, Korea, Australia, and Switzerland.  There are also a few Americans here.  I was pleased to find a few people close to my age, but the majority of students are young.

So far, I've sampled a couple of typical Bolognese dishes--tortellini in butter and sage and, of course, tagliatelle in Bolognese sauce.  Delicioso!  Believe it or not, I haven't had one lick of gelato yet.

So far, I'm enjoying this city, especially because there are no hills to climb!
Posted by Unknown at 11:58 PM