It's a good thing I bought a weeklong pass for transportation around Rome (which includes buses, trains and the subway),  because it took five trips on the metro for me to find my way to the train track that would take me to Tivoli, where I wanted to tour the beautiful Villa D'Este.  At the least, it was a good re-orientation to the metro and train systems in Italy. I actually remembered to validate my ticket before I got on the train.

Tivoli is situated on the Aniene river, about 30 minutes to the east of Rome by train, in the Monti Tiburtini hills where the climate is fresher than Rome's. For this reason, the area was popular from ancient times onwards with Rome's moneyed classes, who built summer retreats in the area.  Modern Tivoli has around 50,000 inhabitants, and spreads out far beyond the crumblingly picturesque historical center. The fourth century BC town wall is still visible, as are temples from the second century BC.

When I arrived, I stopped at the train station bar to ask about a bus to the Villa.   There was an Austrian gentleman there asking the same question, and we were told it was an easy walk to the Villa.  We introduced ourselves and decided to venture out together.  Meet Ernst. 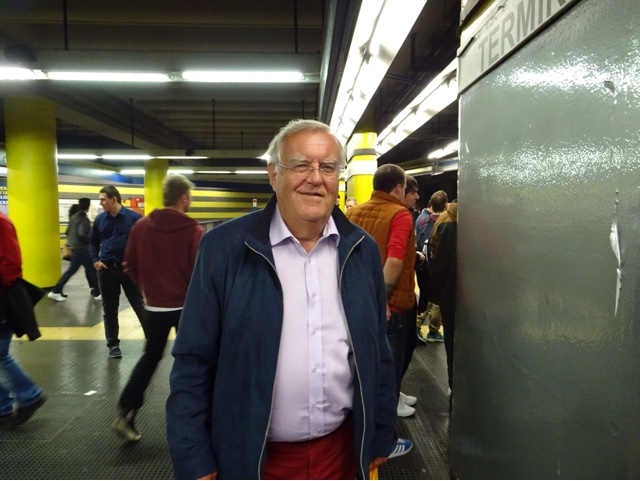 The Renaissance Villa d'Este was built in the 1550s for Cardinal Ippolito d'Este, the son of Lucretia Borgia. Built over a Benedictine convent, the palace was intended for entertaining and contains lavishly frescoed reception rooms.  The frescoes are well maintained.  Here are some examples of frescoes that adorn the ceilings of the alcove windows overlooking the garden terrace.

This unusual fresco was at the base of one of those alcoves. 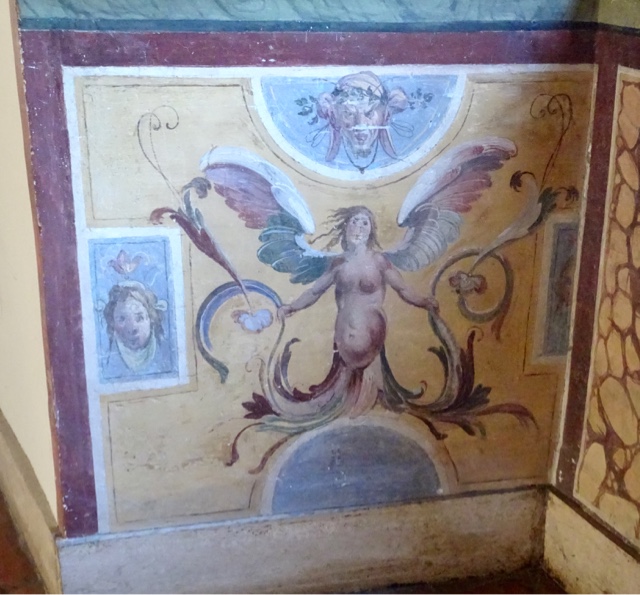 A small chapel was decorated frescoes all around and above. 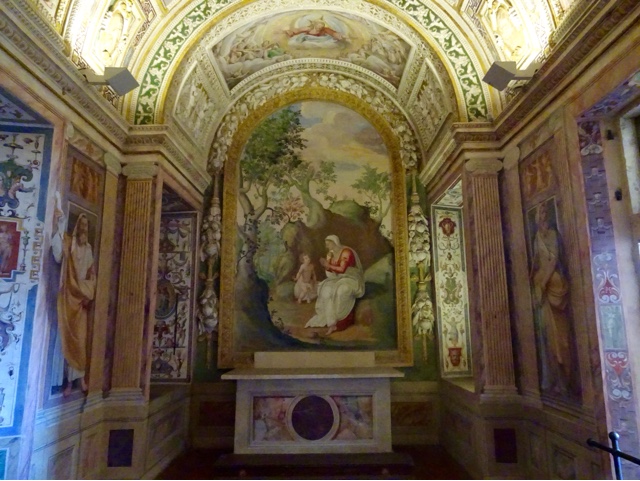 The main attraction for visitors, however, is the breathtaking garden. Designed to impress the Cardinal's guests, the Villa d'Este's gardens are composed almost exclusively of water features.  There are fountains of every description to dazzle the onlooker.  The centerpiece, the gigantic Water Organ Fountain, cascades down a huge drop, into quiet shady pools. 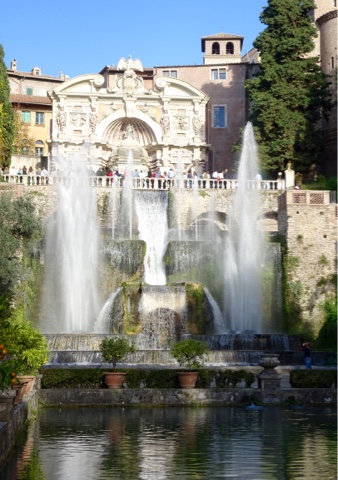 There were six of these large pools at the bottom of this fountain, and I would have been very content perching on the rim of one of them, soaking in the serenity of this beautiful water garden. 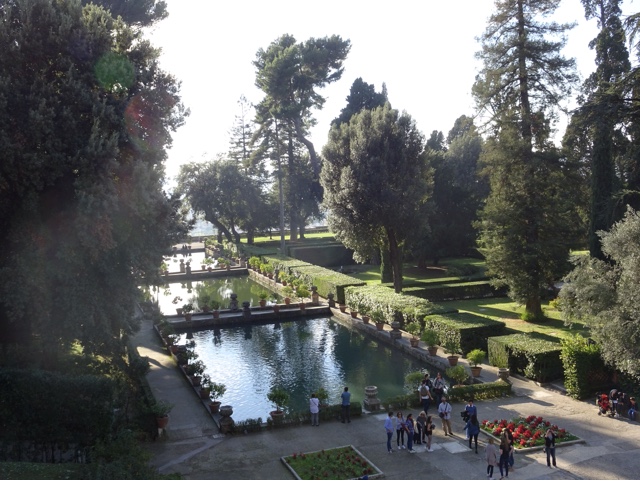 The detail on the Water Organ Fountain was amazing.  I thought these two fellows looked a lttle bored with their station. 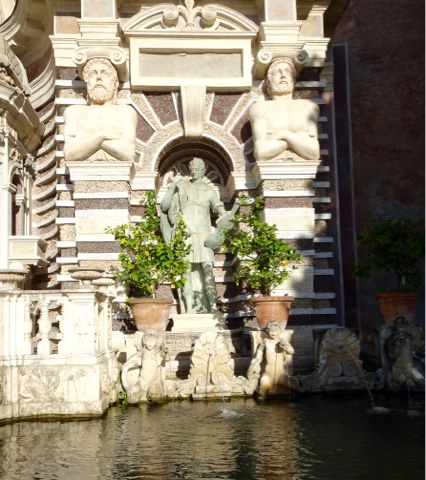 Here are a few of the other fountains I especially liked. 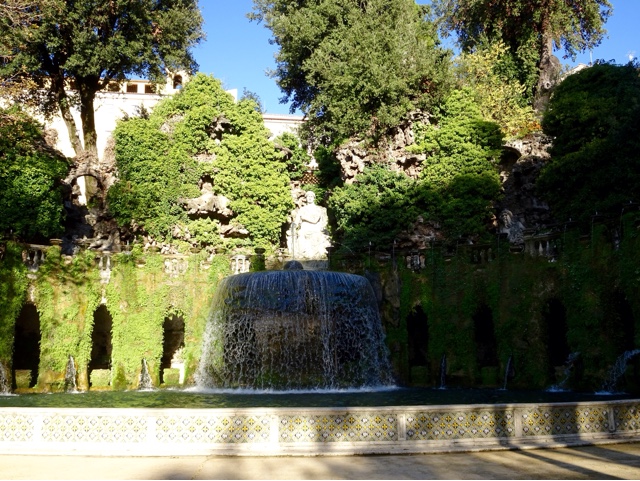 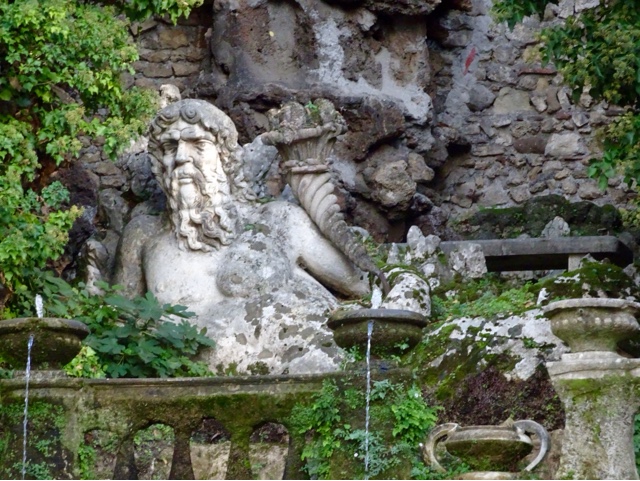 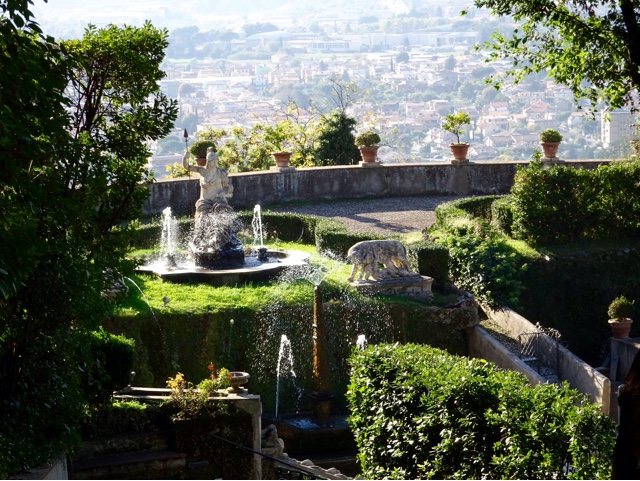 The view from the garden of the town and surrounding countryside was pretty spectacular. 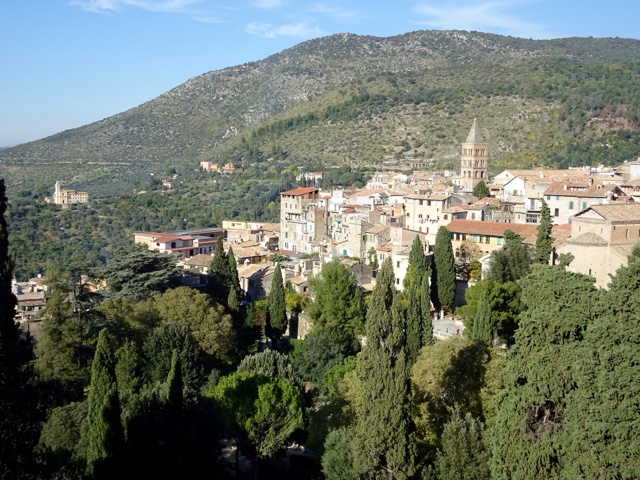 It was a lovely way to spend a Saturday afternoon away from the hustle/bustle of Rome.
Posted by Unknown at 6:49 AM